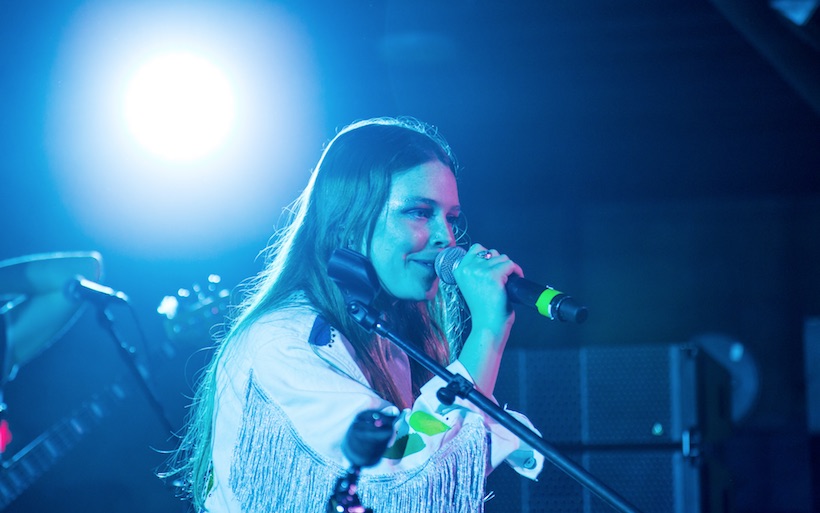 While the likes of Lil Wayne, Solange and T.I. surfaced throughout the week, the spotlight was focused—as it should be—on new and emerging talent. Throughout the week, Austin was ruled by such favorites as Maggie Rogers, Jacob Banks, Lizzo, Young M.A., The Lemon Twigs and so many others.

Some of our highlights are seen below and our full SXSW coverage can be found here.

Came w/ my ❤💍 to see @maggierogers at #SXSW & think I could die now. pic.twitter.com/L6kqptp7I5

Maggie Rogers
For her proper introduction ahead of a likely massive year, the Maryland native and Variance FutureSounds pick did not disappoint. With her pure, enamoring vocals and her ready-for-primetime stage presence, she made clear she's destined for stardom.

Noname
The Chicago artist put out one of last year's best projects with Telefone, but in Austin, she proved to be just as captivating live. While her cool, casual demeanor invited fans to stay a while, there was an urgency in her voice reminding us she's not playing around.

Migos
Hanging out amongst the newcomers was the Atlanta trio still riding high from their massive No. 1 "Bad and Boujee." While they're well past emerging status, Migos' presence felt appropriate and they seemed to relish the moment.

The Lemon Twigs
Brothers Brian and Michael D’Addario brought their sunny, classic-sounding rock show to the YouTube showcase and delivered a no-frills extravaganza without many shiny objects or fancy gimmicks.

Photo of Lizzo performing at SXSW 2017, by Vivien Killilea

Lizzo
She gave us one of last year's best songs, but she owned the Pandora stage (and just about every other major showcase) with a performance made for arenas.

The Drums
The New York outfit was easily one of the highlights of the Mazda Studio at Empire, bringing their delightful, shoegazey energy to the heart of the SXSW festivities on Red River.

Colours
The Florida duo played just one show during SXSW, but they literally made the stage glow, with a menacing, near-flawless performance, proving they're one of the most underrated acts in music right now.

Photo of Jacob Banks performing at SXSW 2017, by Derrick Weber

Jacob Banks
As if his stunning, bluesy delivery didn't already warrant our attention, a last-minute addition to the Fader Fort schedule cemented his status as one of the week's must-see performers.

Lo Moon
The California-based trio may have a limited catalog, but their live show was far from lacking. Their SXSW set essentially gave audiences a chance to watch them bloom before they head out on tour with Temples and rocket to bigger stages.

Mondo Cozmo
The energy in the air was palpable as Josh Ostrander took the stage, at the front of perhaps the biggest moment of his career, just days before a Jimmy Kimmel Live appearance. While "Shine" is exploding on radio, "Hold on to Me" was a truly gripping moment.

Youngr
While Austin was overflowing with acts trying to find their footing, Dario Darnell (aka Youngr) was already a star, performing with the intensity and precision of an A-lister. Give him the stadiums already, man.

Michael Blume
Another future powerhouse was this New York singer-songwriter, exuding a bright, tangible energy with his electric performance. It was a fitting start as he prepares to make the festival rounds this summer, including Governors Ball and Lollapalooza.

Hoops
The Bloomington, Indiana, outfit seemed to be riding a wave of buzz into SXSW this year, and it manifested on stage with a crisp, satiny performance serving as a wonderful preview of their upcoming album Routines, which is out in May.

Diet Cig
The Pop-punk duo comprised of Alex Luciano and Noah Bowman treated fans and the uninitiated alike to a mesmerizing teaser of their long-awaited debut album before it arrives in April.

BRONCHO
The Oklahoma outfit has long been a festival circuit favorite, but they seem to thrive especially in somewhat more intimate settings, like the Tulsa Boom Factory at the Bungalow, where their glistening show beamed right into the crowd.

PWR BTTM
Ahead of a new album, they revved up fans with heaps of new material, a dazzling, glittery show and a politically charged message in protest of the man living in the White House, all effortlessly stitched together with charm and humor.

Young M.A.
The emcee dominated a string of shows in Austin, putting her skills on full display and justifying her decision not to sign with a label while on the cusp of another massive year.

Earl St. Clair
His vocal prowess were undeniable as he gave a gritty, soulful performance at Universal Music Group's Music Is Universal showcase, where he conquered the stage with a high-energy set that was impossible to ignore.

Joey Purp
The timing for the Chicago rapper seemed appropriate as he performed his popular guest-featuring cuts while proving he could own the stage. While he's no SXSW newbie, he really hit his stride this time around.

D.R.A.M.
While SXSW was more of an appetizer for his busy year ahead, he brought the heat (and Lil Yachty) to the MTV Woodies stage, making for an explosive first round and making the case for 2017 to be his year.

Khalid
The El Paso newcomer, at 19 years old, was magnetic and humble as he trotted through a handful of songs from his newly released debut album. He mostly handled his show like a pro, but there were times his hesitant smile suggested he was unsure if he was dreaming. It was fascinating to watch.