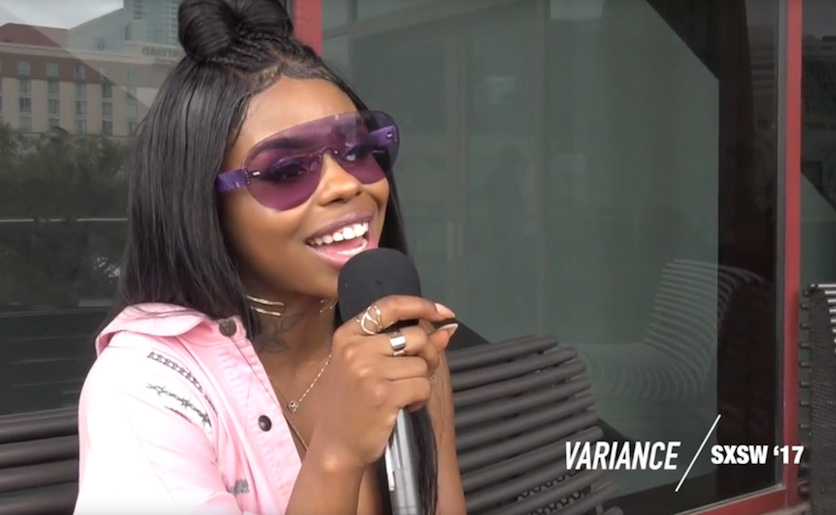 Coming up on a year since releasing her debut album No Hard Feelings, Dreezy chatted with Variance during SXSW in Austin.

She talked about her personal favorite songs, her role as a lyricist and her plans for new music. "I'm working on my album—album No. 2," she said, adding that she's trying to do more freestyling on the next record. "The energy is more hype off the moment."

Check out our interview with Dreezy below.

We can't get enough of Foals' nostalgic new summer jam '2001'