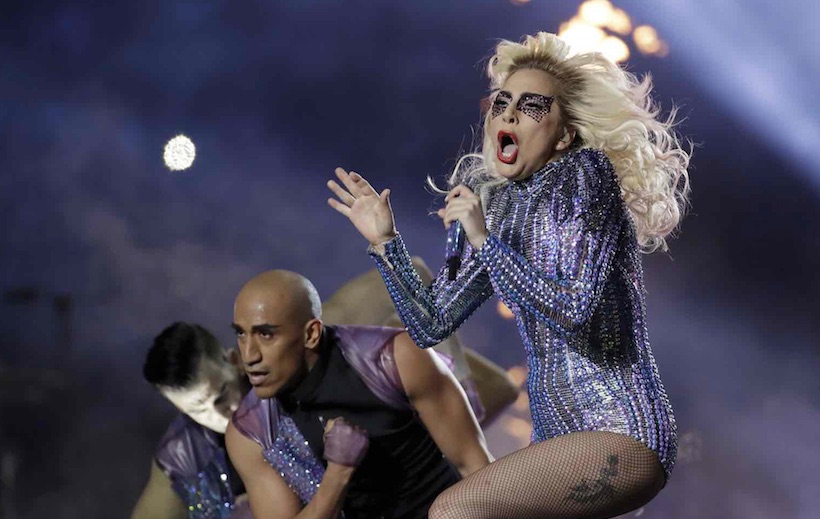 Lady Gaga took the stage Sunday during what turned out to be a truly historic Super Bowl LI as the pop star headlined the night's halftime show.

She opened with a subdued mashup of "God Bless America" and "This Land Is Your Land," with the help of drones lighting up into an American flag, before the singer was lowered from the sky into Houston's NRG Stadium. It was gracious but very timely.

She then launched into her full performance, which included a string of her hits, including "Poker Face," "Born This Way," "Telephone," "Just Dance," "Bad Romance" and "Million Reasons," the latter of which was among Variance's 100 Best Songs of 2016.

See video of her performance below and see her newly announced tour dates here.