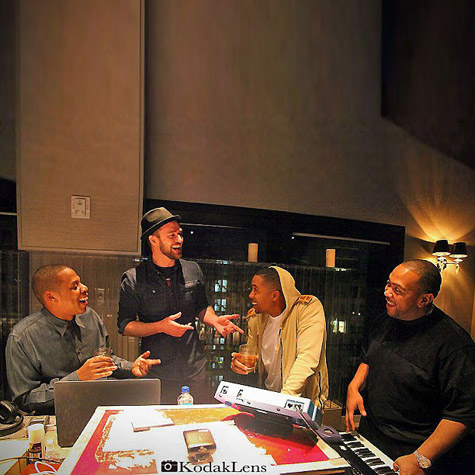 JAY Z's Magna Carta Holy Grail released last night to Samsung Galaxy users, but within only 12 minutes, it had found its way online. One of the tracks which made it to the Web is the star-studded track “BBC," which features Nas, Justin Timberlake, Beyoncé, Swizz Beatz and Timbaland alongside Hov. The cut was produced by Pharrell.