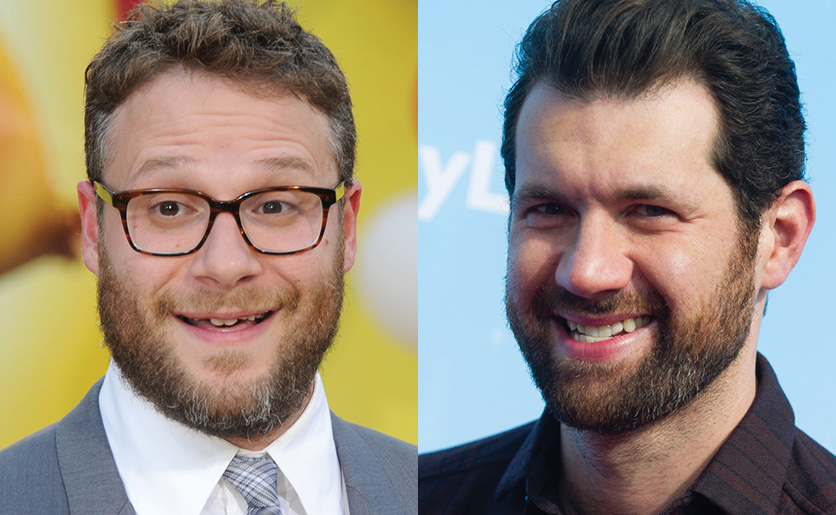 Billy Eichner and Seth Rogen are reportedly in discussions to play Timon and Pumbaa, respectively, in the upcoming live-action remake of The Lion King.

According to The Wrap, the comedy stars are in "final negotiations" to voice the fan-favorite duo of meerkat Timon and warthog Pumbaa. They would join a cast that already includes Donald Glover voicing the lead lion Simba and James Earl Jones as his father Mufasa.

The new Lion King film is still in pre-production, but director Jon Favreau confirmed Tuesday the film will arrive in theaters on July 19, 2019.

Reps for Eichner and Rogen did not immediately respond to a request for comment.