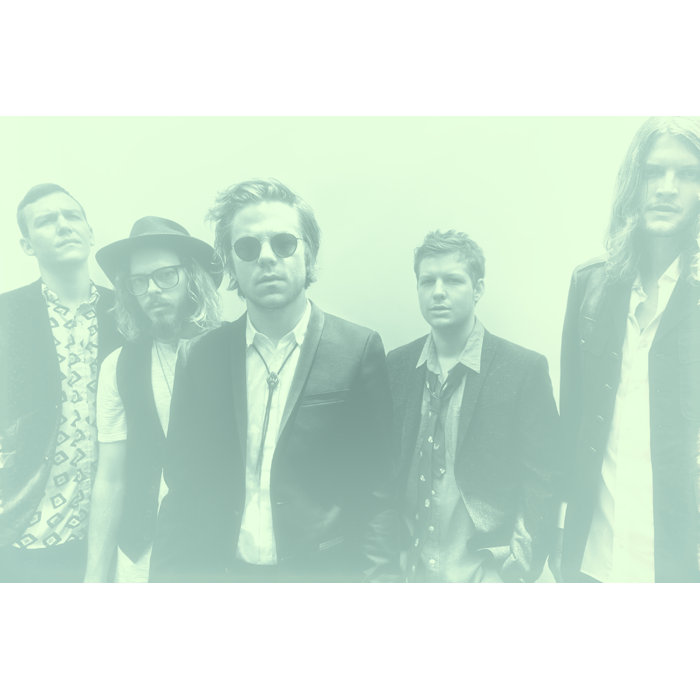 Editor's note: This feature first appeared in the new issue of Variance. To see the full version, go here.

To keep things fresh and continue to create new, interesting music, many bands have to constantly reinvent themselves in order to continually find inspiration. Matt Shultz, lead vocalist of Cage the Elephant knows that firsthand. After almost five solid years of touring, the band found itself ready to try something else.

Cage the Elephant started in Bowling Green, Ky., but the quintet started living and touring in England in 2007 while crafting its self-titled debut album. After touring Europe for almost two years, they came home to Kentucky to record their second project, Thank You, Happy Birthday. They soon signed with Jive records, which put out Cage the Elephant in the U.S.

“We started touring in the United States immediately after the holiday season and somewhere around a year and a half later, we released the second record without even missing a beat.” Scultz says. “We only spent two weeks at home for Christmas. Then it was right back out on the road, so yeah, we were touring for five years solid.”

After such a whirlwind, it was understandable that they would want a break. The first thing they did when they came home was spend some time apart, regrouping and working on their own musical ideas as individuals. Doing that actually changed up the process for Cage the Elephant’s songwriting.

“In the past, being around each other all the time, there’s kind of just a collective acknowledgement for what direction the band is going to be in,” Shultz reveals. “You kind of just get a feel for what direction everyone’s moving in. This time we’re all apart and writing as individuals for the first time and so I think we all formed a pretty strong vision for what direction we wanted the record to be, but we hadn’t spent the time together, so there were all these polar opposite ideas.”

With so many ideas coming from different perspectives, it was often a challenge to try to create new songs from disparate places. To do that, they rented a cabin in Tennessee, and came back together to work at building a new album.

Once they reconvened to start writing for the new record, they eschewed listening to any recorded music. They would still jam with friends and go to concerts, but the members of Cage the Elephant decided to stop listening to any recordings and focus only on their own music. Shultz says that they “didn’t want to be externally influenced, at least not directly,” while they were trying to create new songs for the record.

Eventually, Cage the Elephant found a place to combine the five members’ ideas. Shultz sums it up best: “When we first started writing, I was writing a lot of inner-directed songs with kind of a subtle sound and some of the guys were really wanting to create songs that were super visceral and had vibrance and color, and so we started blending these two polar elements and then there’s this element of playfulness and swagger that was absent on our last record.”

The result is Melophobia, a diverse, intense and challenging record. Melophobia—which means fear of music—is the result of conflict and sweat and a band working to create the best songs they can. Shultz believes that songs are found, not written.

“We can write three notes, and it’s a song because we can hear it in our head,” he says. “I think most other people see them as just ideas, but when you break a song down, every musical work is made of the same musical theory—there are only so many tones. So it’s kind of just finding the song within that.

“Every idea that we come up with, we hold it with a preciousness. When we’re working through these songs [and] we’ve already decided that we’re going to make them work, there’s not a scenario where you write a song and you realize it can never be a good song. We try to take every single idea that we come up with to its greatest potential. Our approach when we go into the writing room is to push the song to its furthest limits.”

It’s that push and pull process that describes the creation of Melophobia. An album full of conflict, and a reflection of the process Cage the Elephant lives by, Melophobia is out now via RCA.

Festival Review: 10 Years of Outside Lands, 10 Acts We Loved