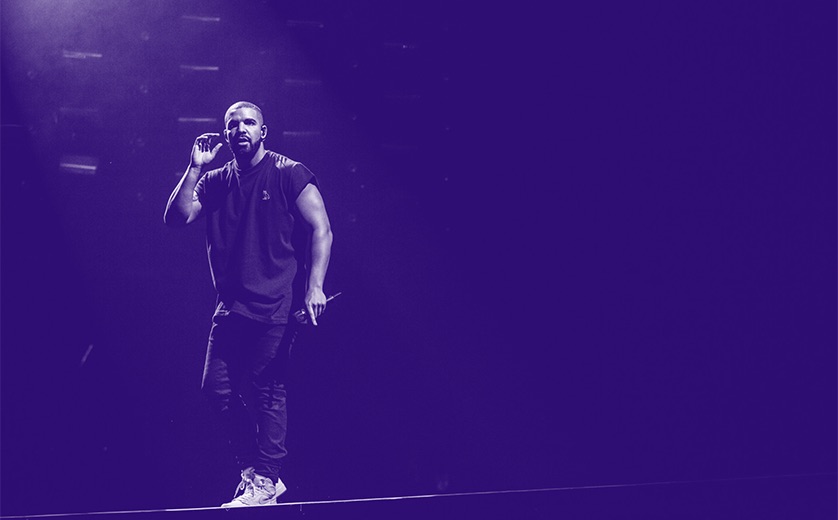 And now it's here.

After months of teasing and weeks of relative silence, Drake has come storming in with his new project Scorpion, a whopping 25-track double album.

Following a brutal, absolutely vicious beef with Pusha-T, Drizzy included has included his track "I'm Upset" on the record. And he's also nabbed a Michael Jackson sample and a Jay-Z feature to ensure fans shift their attention.

As we previously mentioned, his singles "God's Plan" as well as "Nice for What" are also featured on Scorpion. The new music follows Drake's 2016 album Views as well as last year's "playlist" More Life.

In one of the first tracks on the album, titled "Emotionless," Drake acknowledges Pusha's allegations he fathered a child. "I wasn’t hiding my kid from the world, I was hiding the world from my kid," he says, later adding: "Kiss my son on the forehead and kiss ya ass goodbye."

And perhaps taking a page out of Pusha-T's own playbook, it seems part of the record was clearly still in the works just days before today's release. On Jay-Z's "Talk Up" feature, he nods to XXXTentacion's June 18 death in Florida. "Y'all killed X, let Zimmerman live," Jay quips.

In addition to the music, Drake last month confirmed plans for a tour in support of the album starting in July, with Migos joining him.

As of this writing, Scorpion is available on Apple Music and Tidal. It is intended to be available on Spotify as well, with the streaming platform confirming a playlist takeover and a "Scorpion SZN" marketing campaign locked in. But it was not immediately present on the service.

Update (2:35 a.m. EST): The album is now available on Spotify. Stream it below or on any digital platform here.