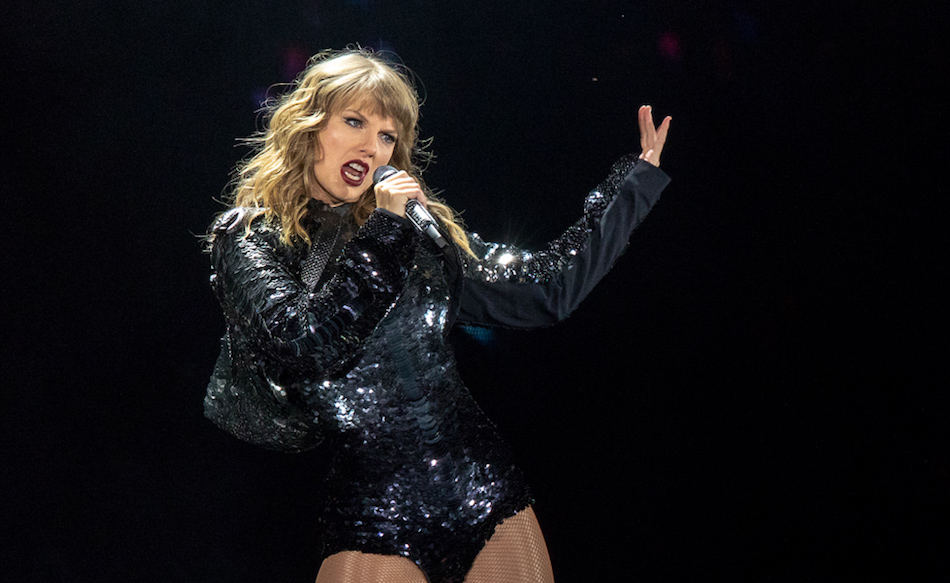 It didn’t take any longer than 30 seconds into her lavishly produced set during the first of two nights at Chicago’s Soldier Field to see what inspired Taylor Swift’s sixth studio release Reputation.

A lead-in of Joan Jett’s “Bad Reputation” was followed by a mashup of tabloid news snippets obsessed with Swift’s lifestyle. What followed was a massive two-hour production composed of six scenes that conveyed a positive message to the amassed contingent of Swifties; and that, regardless of what other people might think, Taylor Swift is going to be herself.

The reinvented Swift finally made her entrance via a slide-in ramp when the gargantuan backdrop monitor opened at the center of the 140-foot stage to the beats of “…Ready For It?.” The piercing screams that ensued suggested her return was long overdue.

There was no shortage of production-value during the show. A snake motif accompanied the vengeful “Look What You Made Me Do,” she maneuvered above the crowd during electronic-laden “Delicate” and faux “Reputation” newspaper confetti eventually brought the tabloid theme full circle. An actual fountain appeared in the closing scene on the night, perhaps in case the abundant fireworks and pyrotechnics were to get out of hand.

The pop megastar slowed it down a notch with the acoustic “Dancing With Our Hands Tied” and later taking to the piano for “Long Live” and “New Year’s Day.” Otherwise, her posse of dancers and backup singers complemented her largest production to date. While the show leaned heavily on Reputation, performing everything but “So It Goes…”, Swift also managed to pack in other favorites including a rare performance of “Our Song” from her debut album.

A trifecta of women on the bill—Charli XCX and former Fifth Harmony star Camila Cabello tagged along on the tour—helped to complement the empowerment campaign and reinforced Swift’s necessary role in today’s #MeToo world. The pair also joined Taylor on the b-stage during 1989 smash “Shake It Off.”

Though the tour is only hitting large cities, with a major stadium being the limiting factor, the entertainment-value is worthy of a road trip. Now go pack the car.