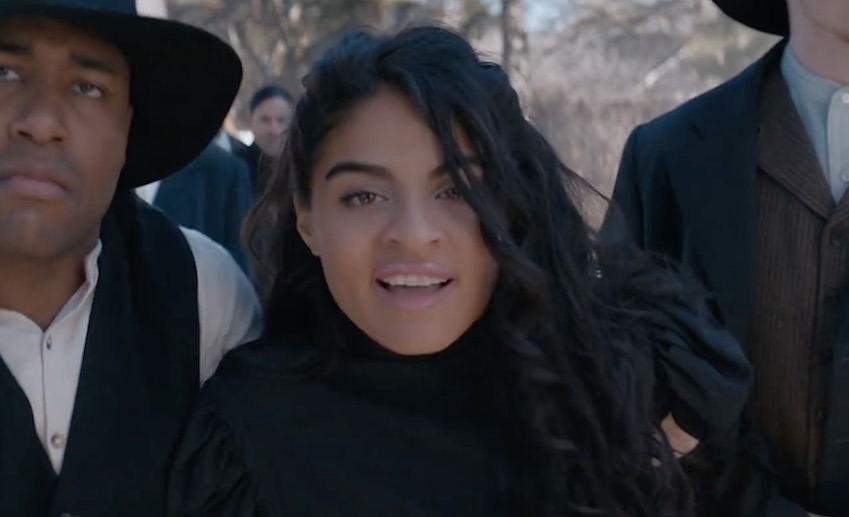 While the track itself centers on modern love and equality, the video goes back a few centuries, with the singer seen in a setting resembling the Salem Witch Trials.

"I'm a fan of contrast and I feel like the song, despite the fact that it has that inspiration, it's about a real-life topic," Reyez said of the new video. "So it's like it sounds happy and fun and shit, but when you get down to it, you're talking about the differences between male and female. So the video, I wanted to make sure it had that contrast with the song with something like that."

When the song arrived a couple weeks ago, Reyez said it was partly inspired by the double standards over men and women's sexual lives.

"I feel like so often we're encouraged to keep our 'body count' low, whereas men get high fives for a high number," she said. "Which is cool, do you, but I think the double standard is wack and women should get high fives too lol. I'm not saying go fuck the world, I'm saying fuck the unfair judgment."

Watch the Peter Huang-directed video below.