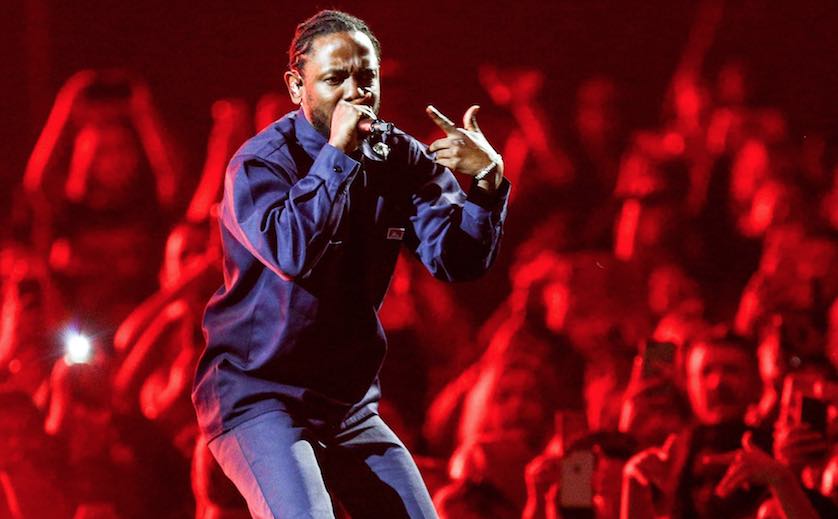 Before he competes next month at the Grammy Awards in New York, Kendrick Lamar will take the stage to perform the halftime show at the 2018 College Playoff National Championship game Jan. 8 in Atlanta.

Marking the first time the CFP title event will feature a halftime headliner, the show will actually take place at Centennial Olympic Park outside of Mercedes-Benz Stadium, where the game will be held.

The teams playing the championship, either Clemson or Alabama and Oklahoma or Georgia, will be decided Jan. 1 at the Sugar Bowl and Rose Bowl, respectively.

Fans inside the arena will be treated to a performance from the competing teams' school bands, but the millions of viewers watching the championship game on ESPN will see Lamar's performance.

"Having the opportunity to perform at halftime of what will surely be the best game of the year between two deserving universities is truly an honor," Lamar said today in a statement. "Thank you, ESPN, for having me be the first halftime performer ever at the College Football Playoff National Championship."

Later next month, Lamar will likely again take the stage at the Grammys, where he is up for seven awards, including Album of the Year.