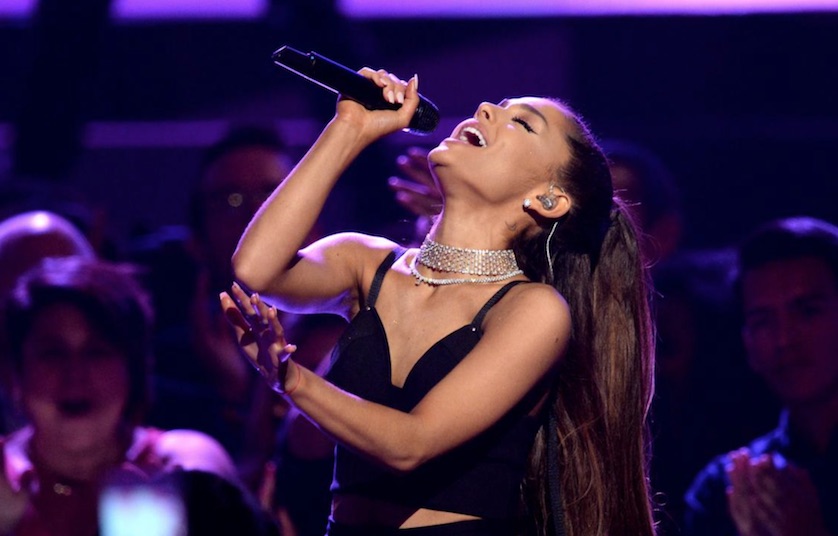 Ariana Grande is holding off on the remaining dates of her world tour, according to a new report from TMZ.

The website cited sources close to the singer as saying she has been "inconsolable" and in no condition to perform after the explosion that killed 22 people at her show at Manchester Arena in Manchester, England, on Monday night.

Grande's trek wrapped its North American leg earlier this spring and she was scheduled to perform this Thursday at London's O2 Arena before continuing on to Belgium, Poland, Germany, Switzerland, France, Spain and Italy. Those stops are reportedly on hold.

"Broken. From the bottom of my heart, I am so, so sorry," Grande tweeted early Tuesday morning. "I don't have words."

Her manager Scooter Braun added: "We mourn the lives of children and loved ones taken by this cowardly act. We are thankful for the selfless service tonight of Manchester's first responders who rushed towards danger to help save lives. We ask all of you to hold the victims, their families, and all those affected in your hearts and prayers."

Much is still unclear about the bombing, which is said to have occurred in the foyer outside the main entrance to the arena. Greater Manchester Police have confirmed at least 22 deaths—up from 19—and 59 injuries.

Law enforcement said Tuesday they are treating the bombing as a terrorist act. Officials confirmed Tuesday morning the suspect, believed to be a suicide bomber, died at the scene.

For its part, the O2 Arena said Tuesday the status of this week's shows were still unclear. "Along with everyone else, we are shocked and saddened by the terrible tragedy in Manchester. Our thoughts and prayers are with those affected and their families," a statement reads. "Ariana is due to perform at The O2 on Thursday and Friday and we will advise as soon as we can as to the status of those shows."

Update (May 24): Reps for the singer have confirmed the tour suspension through June 5. “Due to the tragic events in Manchester, the Dangerous Woman Tour with Ariana Grande has been suspended until we can further assess the situation and pay our proper respects to those lost," they said in a statement released Wednesday. "The London O2 shows this week have been canceled as well as all shows through June 5 in Switzerland. We ask at this time that we all continue to support the city of Manchester and all those families affected by this cowardice and senseless act of violence. Our way of life has once again been threatened but we will overcome this together.”

broken.
from the bottom of my heart, i am so so sorry. i don't have words.

Lady Gaga & Ariana Grande's 'Rain on Me' has arrived