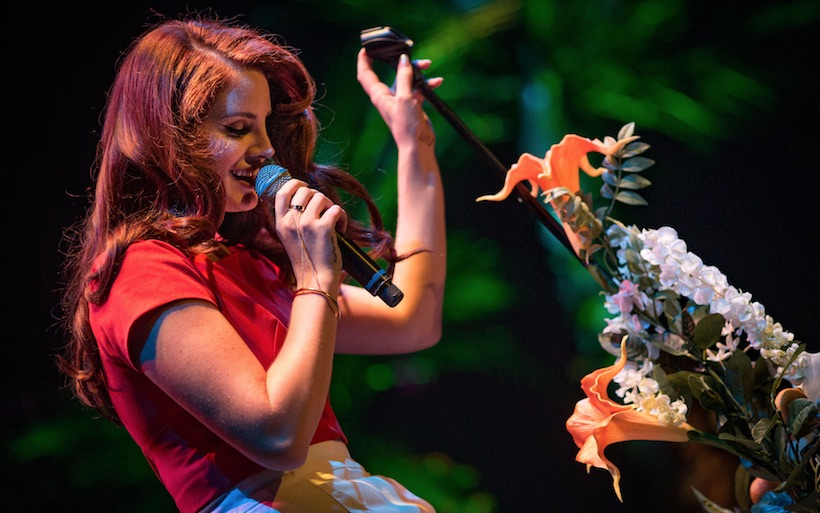 The artwork, which was first seen on Friday, shows Del Rey in the clouds superimposed over a shadowy image of a man wearing glasses, with the word "love" seen in large text, resembling a movie title. Coincidentally, the singer last month registered a song titled "Young in Love" (or "Young and in Love").

As we previously mentioned, Del Rey has been in the studio for much of the past two years, working on the followup to 2015's Honeymoon. The new record, which is said to be more upbeat than some of her past material, is one of Variance's 50 Albums to Watch for in 2017.

For her part, Lana Del Rey has not yet formally announced any new music. But her last tweet on Jan. 27 was simply an emoji with two hearts.