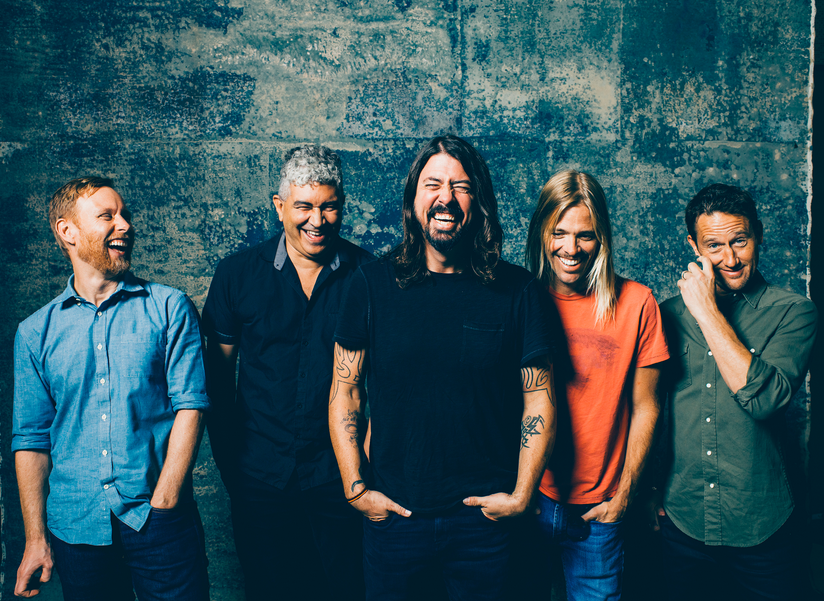 With festival season fully underway, Austin City Limits Music Festival, traditionally one of the last major events each year, will finally release its 2015 lineup on Tuesday (May 5).

Because so many other fests have already revealed their rosters by now (ACL also waited until later this year to make its big reveal), there's a much clearer picture of whose schedules align with the two-weekend event set for Oct. 2-4 and Oct. 9-11 in Austin.

Below are some of the rumors. Check back at 6 a.m. CST on May 5 for the official lineup.

- Foo Fighters: It's extremely likely Dave Grohl and Co. will crown the ACL lineup this year. Their tour schedule keeps them in the Southern part of the States and with openings for Friday and Saturday of both weekends. They also have no Texas dates announced.

- Florence + the Machine: She last appeared in 2012 and she's already headlining sister fest Lollapalooza. Both ACL and Lolla tend to share a combination of their headliners and second-tier acts (i.e Eminem and OutKast last year). She currently only has performances scheduled through September.

- Paul McCartney: He's also headlining Lollapalooza and it's been more than two years since he kicked off his tour in Austin. He's begun slowly revealing some 2015 tour dates but as of this writing his fall schedule is wide open.

- Kendrick Lamar: Like Florence in 2012, he performed as a second-tier act in 2013. Following the release of his critically acclaimed new album To Pimp a Butterfly, it'd only be likely for him to return this year as a headliner.

- Drake: Both Kendrick and Drake were rumored for SXSW earlier this year and they were both no-shows, suggesting one (surely not both) could appear at ACL. Due to Drizzy's panned headlining stint at Coachella last month, he may get a chance to redeem himself or the Austin fest might pass.

- Mumford & Sons: The band releases new album Wilder Mind this month and has yet to reveal any fall dates that would conflict with an Austin showing.

- Brandon Flowers: The Killers frontman's new solo album The Desired Effect is out later this month and his tour dates announced so far end on Oct. 1 in El Paso (and no other Texas dates listed) after playing a Los Angeles show days prior. No offense to the fine folks of West Texas, but it's inevitable more dates will be added, likely a pair of ACL stops.

- AC/DC: The band has a busy tour schedule this year but they have a gap through the month of October. Considering they just headlined Coachella, it wouldn't be impossible for them to topline ACL.

- Hozier: He already confirmed during an Austin show in April that he'll be at ACL, making up for his scrapped appearance in 2014.

- Father John Misty: He may have performed at Stubb's in Austin last month but his tour route and availability leave him open for both weekends of ACL.

- Alt-J: The band's tour schedule essentially confirms they'll be returning to ACL, with openings and a convenient tour path on Saturday and Sunday of both weekends. They're also playing Lolla.

- Chance the Rapper: He performed Lollapalooza last year and has a new album, Surf, expected out at any moment. He was also very warmly welcomed in Austin earlier this year at SXSW.

- Alabama Shakes: They just released their new album Sound & Color, plus they're performing at Lollapalooza. Their tour schedule only runs through August so far, leaving ACL as a likely stop.

- Frank Ocean: He's expected to release a new album in July but he hasn't revealed any 2015 live dates. He's not a stranger to the festival circuit, having performed last year at Bonnaroo. We wouldn't rule out an ACL gig.

- D'Angelo: His calendar is open and like Hozier, he'd have a chance to make up for canceling on ACL in 2013 due to health reasons. His fall schedule is wide open but it's unclear if that would send him to Austin in October.

- Dillon Francis: Based on his October tour schedule openings and the fact that he's playing Lollapalooza, he may well be one of the major EDM names at ACL. (Calvin Harris, Skrillex, Major Lazer and Zedd all performed in 2014, ruling them out for 2015.)

- Kaskade: He last played ACL in 2013 and he's playing Lollapalooza this year, with no official dates scheduled past August. Like Dillon Francis, he's a leading candidate for the DJ/producer space.

- Leon Bridges: His debut album Coming Home is out in June and he was one of SXSW's breakout stars. He does play Stubb's in Austin this month, but his growing popularity and his soulful, genre-crossing material would make the Texas native a worthy ACL candidate.

- The Decemberists: The band's official tour (outside of a pair of festival dates) only takes them through July, but guitarist Chris Funk told us earlier this year they intend to tour through the winter, so it could happen.

- Twenty One Pilots/Echosmith: Both bands will be on tour together through the end of October, but they have openings and will be nearby on the Friday and Saturday of each weekend.

- Other possibilities: Tame Impala, Kygo, A$AP Rocky, Marina and the Diamonds, BANKS, Walk the Moon, Sylvan Esso, FKA twigs, Elle King, George Ezra and more are playing sister fest Lollapalooza and could show up at ACL. The Black Keys could headline as they did in 2012 but it seems other acts have more momentum this year. Kanye West would certainly be a welcome headliner, as he last performed the fest in 2011, but it would no doubt be a surprise to see his name listed this year. Speaking of No Doubt, they're performing Rock in Rio USA next week and working on a new album. You never know!

Know of any other rumors we should look into? Drop us a line at This email address is being protected from spambots. You need JavaScript enabled to view it..