8 Albums You Should Hear Right Now 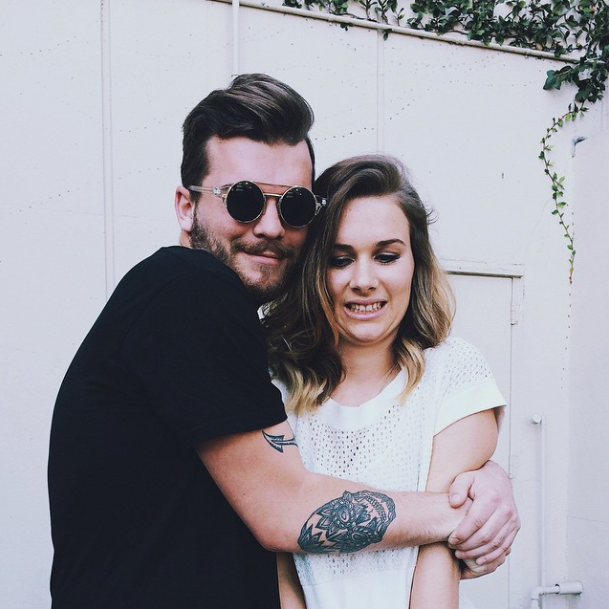 Well, folks, it's officially the fourth quarter! And for the first week of October, it's already quite a big one for new music.

Among the week's best is a return-to-roots set from Weezer; an outstanding new LP from Americana singer-songwriter Shakey Graves; and wonderful debut records from the likes of New Zealand duo BROODS, pop songstress Betty Who, Irish crooner Hozier and Los Angeles songbird Tinashe.

There are also plenty of others, but for the sake of brevity, only eight are on this week's Albums You Should Hear Right Now list, as seen below.

WEEZER
Everything Will Be Alright in the End (Republic)

Rivers Cuomo and Co. are back, and it feels good. On this new LP, Cuomo blatantly apologizes to fans for his last two pop-wannabe albums and declares they have returned "Back to the Shack." It's truly the band's finest work of the past decade and it recalls their earlier material in the best ways. Although it isn't without its low points, it should be a satisfying listen for those—such as myself—whose formidable years were soundtracked by such collections as The Green Album.

The fast-rising, brother-sister duo is on track to follow the lead of fellow New Zealander Lorde with their delectable, 11-track pop masterpiece. Sure, it's their first full-length, but it's arguably one gem after another from start to finish. It certainly helps that Caleb and Georgia Nott have been guided by Lorde's co-writer and producer Joel Little, who also produced the BROODS record.

Dan Snaith has made up for his four-year hiatus with this fantastic new full-length. Tackling love and loss in such an honest and human way, the multi-hyphenate brings listeners into his world once again. And what's interesting is how much this place resembles our own. Encapsulated by fuzzy synths and milky vocals, Snaith gives fans just enough of himself to draw us in, while still keeping us guessing.

Ireland's Andrew Hozier-Byrne is making quite the entrance with his glorious, soulful first record. Led by the phenomenal single "Take Me to Church," the blues-tinged LP is a non-stop bundle of greatness. At 24, this guy is in the fast lane to stardom (he performs this weekend on Saturday Night Live) and that's such a wonderful thing for music.

It's amazing to see how far this young L.A. songstress has come, even in just the past few months. I had the pleasure of seeing her perform an intimate set this past spring at SXSW and her first full-length has exceeded my expectations. With assistance from the likes of ScHoolboy Q, A$AP Rocky and Future, she showcases some real prowess throughout the record, proving she's likely got a lofty career ahead of her.

In his latest effort, Alejandro Rose-Garcia floats seamlessly between folk, Americana and blues, all without hesitation. And while some critics might insist there's an inconsistency to this new set, it's actually what makes this album so great. As the singer-songwriter aims to shine a brighter spotlight on Austin-based artistry, his new LP is an excellent example.

BETTY WHO
Take Me When You Go (RCA)

If there's anybody who's in line for Katy Perry's throne, it's got to be Betty Who. The Australian-born singer is a breath of fresh air in the pop music space and, while her first album isn't without flaws, it's still an A-plus offering from one of this year's brightest voices. Although the set is accented by dreamy, indie-flavored cuts, any one of the tracks could easily glide into an arena setting.

These British newcomers have done more than simply toss just another dance record into the mix. On their debut full-length, the duo has shared an addictive, soulful set that brilliantly balances club-worthiness with heart. Supported by an array of features from Jennifer Hudson, Erik Hassle, Laura Welsh and others, the LP isn't necessarily groundbreaking but it's not at all one to be ignored.