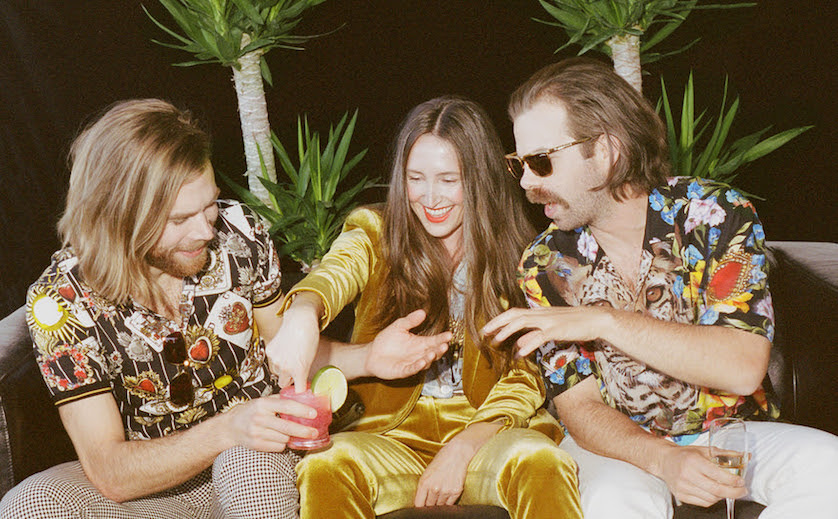 Toronto duo and Variance favorite The Darcys are getting a head start on the weekend with their splashy new single "Just Here with My Friends."

It's a collaboration with Leah Fay of July Talk, who co-wrote the track, which veers away from a familiar pop narrative of two people who meet on a night out and then pair up for a quick fling, perhaps ditching their crew. Instead, The Darcys choose to put a pin in it and keep hanging with their friends.

“Mindless pop songwriting often perpetuates a multitude of boring and damaging gender norms that have nothing to do with real life,” said Fay of the new song. “We wanted to see if we could write a song about two empowered humans meeting in a club that wasn’t predatory on either side.”

Of their decision to avoid the usual "'boy meets and tries to convince girl’ narrative,” Darcys’ Wes Marskell says he and singer Jason Couse are "constantly trying to learn and trying to be better and Leah was a big part of that."

The new track follows The Darcys' 2016 album Centerfold as well as their holiday cut "Another Log on the Fire," which was released back in November. "Just Here with My Friends" is officially out on Friday.

Hear the new song below and stay tuned for more from The Darcys in the coming months.