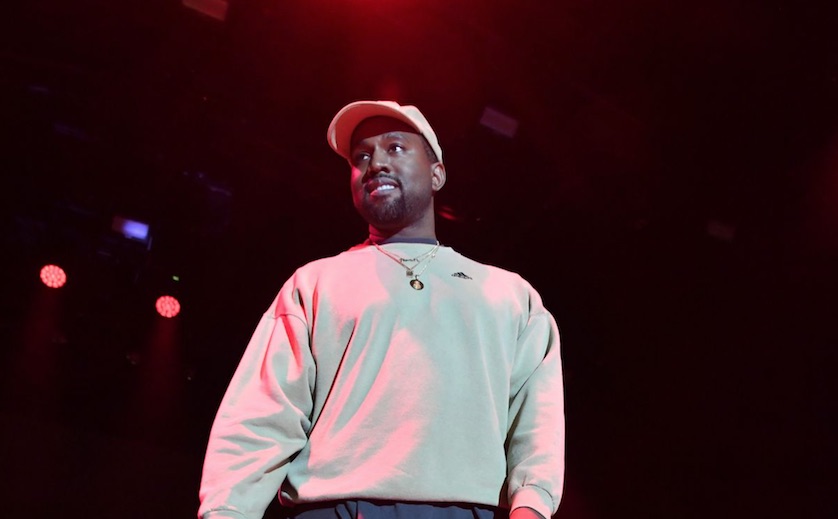 Update: The new album is simply called Ye. In addition to the music, West has released a number of Wyoming-themed clothing items in his online store.

As of 8 a.m. EST on Friday, the full record is now on Apple Music and Tidal, with Spotify expected to add it "shortly," we're told. According to Kim Kardashian, Ye snapped the photo used in the album artwork on the way to the listening party Thursday night.

The new record features the likes of Nicki Minaj, Kid Cudi, Ty Dolla $ign, Jeremih, John Legend, Young Thug and others. On it, Kanye touches on a number of hot topics, including the #MeToo movement, Stormy Daniels and North Korea.

Hear the album below.

After claiming in April his new album would drop on June 1, Ye is keeping his word. He is giving a select group of friends, radio DJs, critics and other media a chance to hear it in full tonight (May 31).

He announced earlier tonight fans can tune in to watch the live stream via the WAV app. It is expected to begin around 10 p.m. EST/8 p.m. MDT.

The listening session is taking place tonight at Diamond Cross Ranch in Jackson Hole, Wyoming, where Ye is believed to have recorded much of the new album over the past year, tweaking it as recently as the past couple of weeks.

A number of other musicians and celebrities are present for tonight's event, with Def Jam CEO Paul Rosenberg, Jonah Hill, Lil Yachty, Ty Dolla $ign, 2 Chainz, Francis and the Lights, Desiigner and Teyana Taylor among them. Of course, West's wife Kim Kardashian is also in attendance.

The new album is one of several Ye has been working on while in Wyoming, including Pusha T's Daytona, which was released last week. A new Ye and Kid Cudi collaborative record is also expected to arrive on June 8.

As of this writing, the album is expected to arrive on digital streaming platforms sometime on Friday.