Hear The Killers' Breathtaking New Single 'Some Kind of Love' 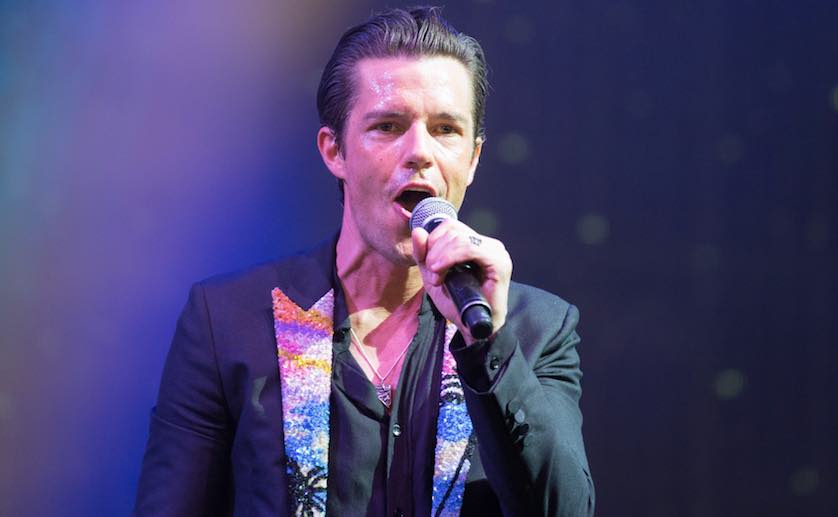 With just one week until the release of their new album Wonderful Wonderful, The Killers have unveiled a new song "Some Kind of Love."

The tender new track samples Brian Eno‘s 1983 song "An Ending (Ascent)," with Eno being credited as a songwriter on "Love" for that reason.

Killers frontman Brandon Flowers says it was quite the feat to get Eno's approval for use because of a recurring dream he's had. "I’m on one side of the street and Brian Eno is on the other side, and I can’t cross the street," he told Rolling Stone.

The song is actually dedicated to Flowers' wife Tana, who has struggled with complex PTSD, stemming from childhood trauma.

"Over the last few years, it has become a big part of our life," said Flowers, recalling the lows his wife has experienced. "The end of the song is me and my boys singing, 'I can't do this alone/We need you at home/There's so much to see/And we know that you're strong.' It's really emotional. I played that for her, and she just sobbed. But I'm proud of that one."

The full album is available on Sept. 22 and "Some Kind of Love" can be heard below.