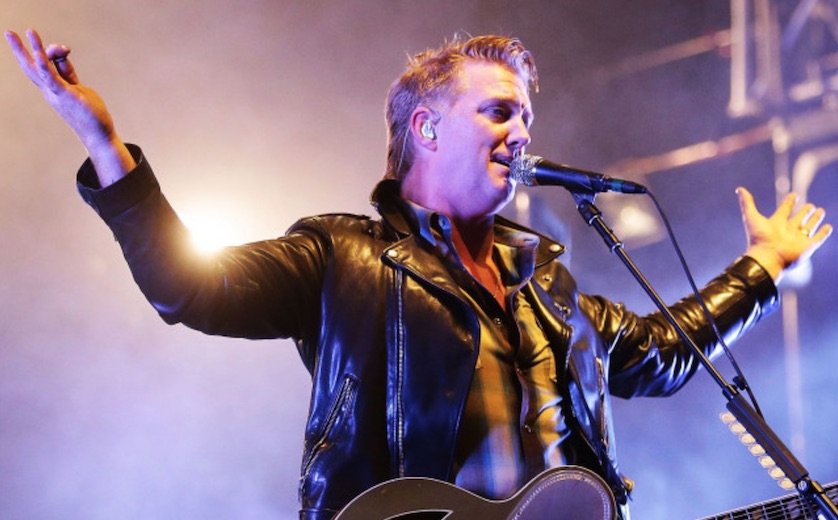 It appears Queens of the Stone Age frontman Josh Homme may have kicked a photographer during Saturday night's KROQ Almost Acoustic Christmas show in Los Angeles.

Photographer Chelsea Lauren early Sunday shared video footage of Homme running around the stage and then violently kicking someone in the photo pit, allegedly Lauren, who says she spent the night in the emergency room as result of injuries.

"It was obviously very intentional," Lauren said of the unprovoked attack. She added: "There were no restrictions for photography for them ... He was just being a drunk horrible human being."

Variance photographer Dan DeSlover was on hand for the 28th annual holiday concert. He says Homme also knocked out some of the stage lighting and confetti machines at the end of the ramp, forcing the stage crew to fix equipment after the band's performance.

According to Pitchfork, Homme later in the show took out a knife and cut himself in the head, at point flipping off the crowd and calling the audience "retards."

For her part, Lauren initially said on Facebook she isn't planning to press charges, although she noted she has been encouraged to do so. She has subsequently confirmed she is filing a police report.

Later on Sunday, Homme responded with a statement via the band's social media accounts.

“I would never intentionally cause harm to anyone working at or attending one of our shows and I hope Chelsea will accept my sincere apology," Homme said in his statement, which can be read in full below.