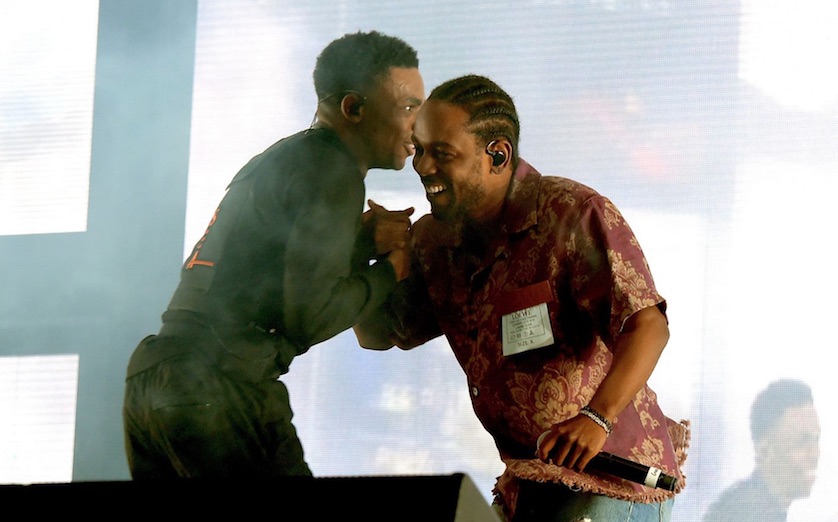 Friday might have only been the first day of Coachella, but it came with some guests, most notably Kendrick Lamar.

He and SZA offered up live renditions of "Doves in the Wind," from the songstress' Grammy-nominated album Ctrl, as well as "All the Stars," their collaboration from  the Black Panther soundtrack.

SZA also brought out guests Isaiah Rashad and Trippie Redd. And elsewhere during the fest, there were plenty of surprises: Chance the Rapper joined KYLE, Carly Rae Jepsen with Bleachers, Whethan brought out Mason Ramsey (aka "yodeling kid"), Kali Uchis brought Tyler, the Creator, and Snoop Dogg joined Jamiroquai, while Daniel Caesar was joined by H.E.R.