Jamie Tworkowski on Compassion & Pop Culture in the Age of Trump 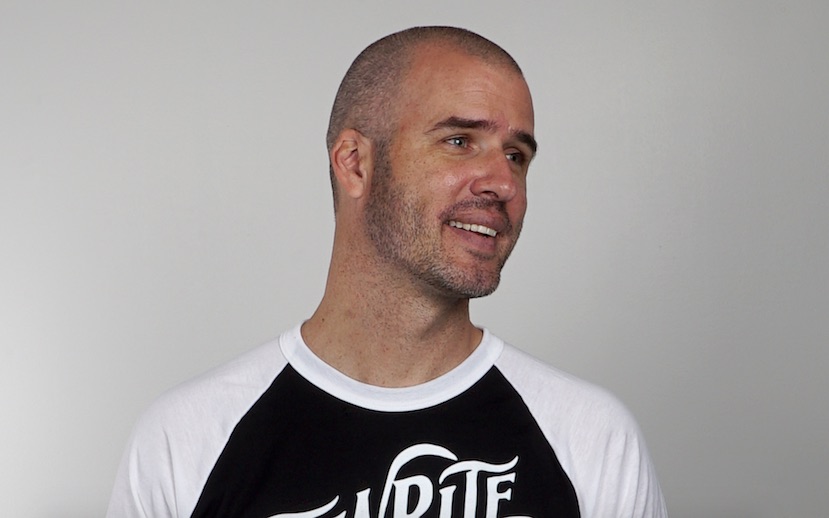 Eleven years ago, Jamie Tworkowski wasn’t planning to start a global movement. But he was moved by compassion and wrote a letter seeking help for his friend struggling with depression and addiction. The letter went viral and led the Florida native to create a nonprofit called To Write Love on Her Arms (TWLOHA), now a worldwide entity.

A decade later, the typically apolitical leader has again been moved by benevolence and stepped outside of his comfort zone, but this time inspired by the 2016 presidential campaign and the post-election climate in the United States.

“I’m still trying to figure it out,” Tworkowski admits of his post-November thoughts, speaking with Variance on a February afternoon prior to the Academy Awards. “I honestly never paid a lot of attention to politics until the last couple of years. I’ve never enjoyed all the political back-and-forth. I knew I liked [President Obama] and I respected him as a communicator, but I think I took him for granted.”

Tworkowski, whose organization helps those facing mental illness or contemplating suicide, says he didn’t feel right staying silent as a Donald Trump presidency became a real possibility last year. But as someone who’s never felt an allegiance to any political party, he was conflicted, especially as many Republicans have blasted public figures for sharing political commentary—unless it is pro-Trump.

“Some people want me to stay in this box that makes sense to them and meets their criteria,” he says, acknowledging that many TWLOHA supporters are Christians, which in many cases, is unequivocally synonymous with the Republican party. “They’re like, ‘Hey, Jamie, we just want you to talk about hope. And maybe keep quiet about all that other stuff.’”

But Tworkowski doesn’t believe it’s quite that simple. In fact, he sees the Trump presidency as an “anomaly,” which has presented the need for the usually apathetic, non-political junkies to check in and speak out.

“Donald Trump’s policies affect all of us,” Tworkowski explains. “And if some of these policies make life harder for certain groups of people, I want to learn about that and speak up for these people. I may not be a D.C. expert, but I know this: Politics is about people. So the idea that you’re going to care about people but stay silent about politics is actually a little bit ridiculous.”

According to Tworkowski, silence and ambivalence perhaps led us to this point in our culture. “There are a lot of things we hadn’t talked about for years because they’re uncomfortable,” he says. “So this is where we’re at now.”

Just weeks into the Trump administration, racial tensions have been striking—at times fueled by the President’s apparent penchant for chaos. And Americans are increasingly concerned Trump may lead the country into another war.

Despite the uneasiness of this new regime, Tworkowski has been encouraged by the number of people who seem to be engaged and alert. Yes, even the celebrities. And politics aside, he knows very well the impact of public figures lending their voice to a cause, as the likes of Jessica Chastain, Miley Cyrus and Joaquin Phoenix have previously rallied behind his organization.

“I don’t think of celebrities as being in a separate category,” he says, pointing to some Trump supporters’ tendency to discount celebrity opinion as out of touch. “I think we’re all in the same boat. Whether you get to sing at the Super Bowl or you win a big award or you have 50 followers on social media, we all have a voice … At the end of the day, I hope we’re all speaking out when we feel passionate about something.”

Tworkowski saw that passion evidenced last week as United Talent Agency, one of Hollywood’s top talent firms, scrapped its glitzy Academy Awards party in favor of donations for refugees and humanitarian causes. It’s also been on display recently as A-listers like Lady Gaga and Chance the Rapper have openly leaned on their faith for inspiration during this complicated time in American history.

He says that many artists, like a lot of Americans, were perhaps “falling asleep at the wheel and they’re awake now. They’re alert.”

Interestingly, Tworkowski contrasts this current moral and political awakening with some of the views expressed by his fellow Christians. While he understands many people have valid concerns, he says it’s been “heartbreaking” to see “followers of Jesus” abandoning sincere principles for the sake of political gain.

“Jesus talked about radical love,” Tworkowski explains, pointing to Scripture. “He encourages us to live a life rooted in love and to care about the least among us, whether that’s a widow or an orphan or just someone in need. That’s Christianity.”

From his perspective, many so-called “Evangelicals” have embraced an ideology that is “just about self-preservation,” which may align with a certain political platform. “But that’s not the Christian faith," he asserts.

While some are championing Donald Trump as somehow “anointed" by God to “flip the United States upside down” and others are suggesting America may not outlive the 70-year-old himself, Tworkowski says he’s inclined to be more optimistic than not.

“I’m not about the worst case scenario,” he admits, clarifying: “There’s already so much of that right now. So much fear. I mean, a lot of what we’re hearing from the top is based on fear. I want to tell the truth, but I want to believe that we’re not doomed and that things will get better.”

Although he acknowledges the usual post-election tendency is to go back to business as usual, leaving the political discussions to pundits, Tworkowski is trusting that’s not the case this time.

“Even if we don’t write songs or make movies or create legislation, we all have a role to play in shaping the future,” he says. “I hope that more of us are asking, ‘Are we being considerate of others? Are we being compassionate?’ I believe we’re starting to see that more and it’s encouraging. So, I’m hopeful."

The expanded edition of Jamie Tworkowski's book If You Feel Too Much, a series of personal stories of struggle and strength, is out now.

The Cool Kids tease triple-album with new song 'It's Yours, Pt. 2'