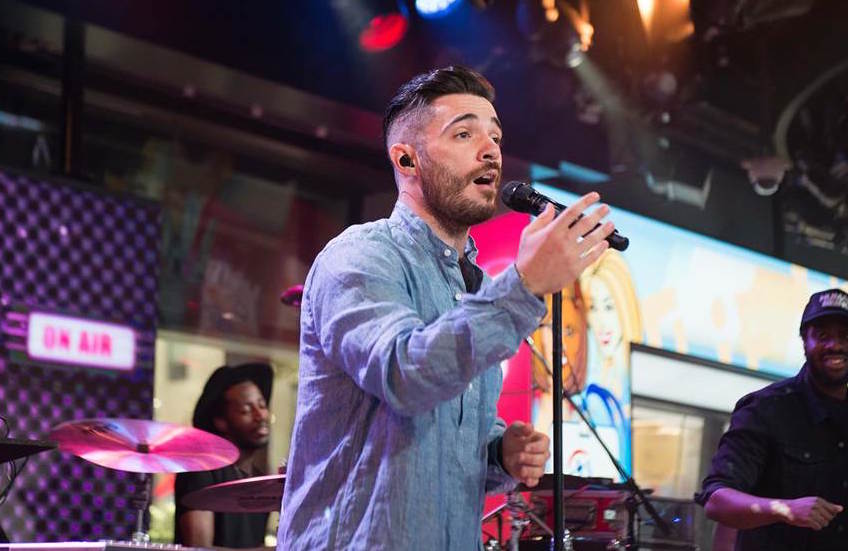 It's a good time to be Jon Bellion.

After his official debut album The Human Condition debuted at No. 5 over the summer, his single "All Time Low" this week inched its way onto the Billboard Hot 100, landing at No. 82 after weeks of simmering on top 40 radio.

The news couldn't have come at a better time, just days before the start of the singer's largely sold-out second leg of his Human Condition Tour, which starts Thursday in Columbus, Ohio.

While his success is noteworthy, Bellion acknowledges he's also taken some big career risks by following such an unconventional route, signing with Capitol Records but releasing three free projects and essentially keeping his indie status while amassing a crush of supporters whose dedication may very well rival some of the biggest names in pop.

But after three free releases, he knew he'd be testing that support with a proper debut record, this time available for purchase.

"I think my fans respected where I was coming from and that I had done three free albums," he says, speaking with Variance before the start of his fall tour. "Capitol knew that was my plan. I felt it was the right way and I wanted to grow my fan base organically and built trust with people. And I think it paid off. The shows have been selling out and I think the fans are with me on this."

He also says knowing he'd be asking fans to pay this time around encouraged him to make music that was "next-level."

"The fact that I’m charging for an album really just lit a fire under my ass," he admits. "Like, 'No games. I need to put out something worth people’s time—worth their money.'"

Although there was "some kicking and screaming" in order to arrive at such a unique deal, the 25-year-old musician has made clear over the past few years he has an undeterred vision for himself. From co-writing Eminem and Rihanna's Grammy-winning hit "The Monster" to creating a booklet of artwork and illustrations for The Human Condition to pitch his music as a soundtrack for a Pixar film, Bellion is as much a strategic businessman as he is a creative artist.

"I didn’t want to be just some kid sitting across from the guys at the label, someone they could ignore because, hey, they’ve been doing this longer," Bellion recalls of the start of his relationship with Capitol. "I believed I could sit down at the table and say, ‘I’ve written some pretty big records for other artists, my fan base is selling out tours, I have a clear vision for my album and I want to share that with you.’ Because so many times when you’re the new kid, you’re laughed out of the room and the labels treat you like a product instead of a creator. Like, ‘Nobody knows you and we’re the ones who are going to change your life.’"

"I believed I could sit down at the table and say, 'I’ve written some pretty big records for other artists, my fan base is selling out tours, I have a clear vision for my album and I want to share that with you.'"

In many ways, he and Chance the Rapper are both challenging the way the music business does business. In this new reality of streaming overtaking music purchases and labels scrambling for new ideas, both young artists have very meticulously navigated what can and can't be done, sometimes sidestepping the existing rules altogether. 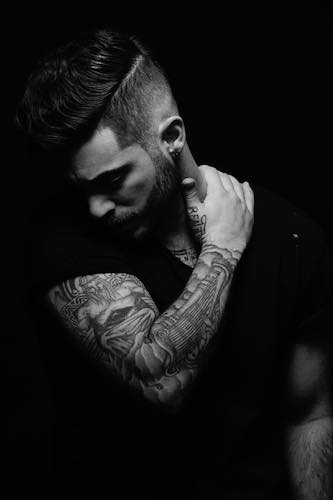 "The fact is, people have access to the music and they’ll find it," says Bellion. "I know there’s a lot of debate about platforms and everything, but honestly, they’ll look it up and they’ll scrape the corners of the internet to get to it. Chance the Rapper is proof of that. The music speaks for itself. And the fans catch on and spread the word, and clearly the industry is taking notice."

As we've previously noted, the Recording Academy changed its rules earlier this year, allowing streaming-only music to be eligible for Grammy nominations beginning with next year's awards. Although free mixtapes and Soundcloud releases will still be excluded from eligibility, it's a noteworthy change and one Bellion and others have applauded.

"The Grammys are acknowledging the rules are changing and it’s awesome that Chance made it happen," says Bellion, pointing to the Chicago MC's marketing campaign for his new mixtape Coloring Book, which was the first streaming-only project to chart in the U.S. "It’s a great record. And I think he’s playing such a very important role. This is very important because there are so many kids who don’t have the label support or the resources but they’re making great music. They can make a great mixtape and they should have a shot."

Having recently been recruited to support twenty one pilots' upcoming arena tour, Bellion is about to be on the road for a significant stretch of time. And while some artists such as Drake and Justin Bieber have opted to cancel meet-and-greets due to concerns over time and stress or security, Bellion is still offering VIP upgrades including meeting the singer and getting a photo with him.

"Safety is always a concern, but I’m not canceling meet-and-greets," he says, recalling a specific event earlier this year in which safety was a genuine concern and he still proceeded. "For our show in Cleveland, we had to let the fans in the building early because there was a shooting across the street and we let everyone in. We take security very seriously and we have lots of precautions in place, but I can’t live my life in fear. I want to reach out to fans and see them and shake their hands. They're the reason I'm where I am."

"There are things I don’t understand or things I guess God allows to happen," Bellion confesses. "I have to hold on to my faith because that’s the only thing that can’t be taken from me. My house, money, popularity, success. Those are all things that can be removed. Tomorrow, everything could change. My beliefs, that’s not moving. My faith in God, it’s literally the only thing people can’t take away from me."

"I have to hold on to my faith because that’s the only thing that can’t be taken from me. My house, money, popularity, success. Those are all things that can be removed."

And that's the inspiration he's taken with him as he pursues his next moves, including his much-discussed plans to turn The Human Condition into a Pixar movie, which he's very serious about.

"It's a movie that hasn’t been made yet," he says, with a chuckle. "You have to see these things, man. When people buy the physical CD, it comes with all these pictures and illustrations in the booklet. And that was important to me because it goes back to when I first got [Kanye West’s album] Graduation. I walked into the shopping mall and I got to touch it, feel these pictures. It was real. And it has to be real to you first as the artist. Once it's real to you and once you see the full picture and it's so real you can touch it, then they can't stop you."

The Human Condition is available now and Jon Bellion's upcoming tour dates can be found here.

Alexander 23 is missing someone in complicated, infectious new single 'Crash'

Kehlani recruits Justin Bieber for new collaboration 'up at night'