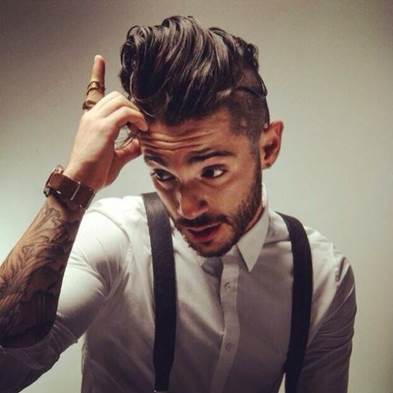 Earlier this week, Eminem unleashed his new radio-ready collaboration with Rihanna, "The Monster." The buzz was instant, as the track is a certain hit.

While Eminem and Rihanna are established entities within pop music, the man behind their new single is a force of his own: songwriter-producer Jon Bellion wrote and co-produced "The Monster," and he has his own solo full-length on the horizon.

The 22-year-old wrote the track that would eventually find its way into Eminem's hands, but he never expected anything like that. He provided a rough sketch of the song with a different artist in mind, and it ultimately ended up at Shady Records. It appears on Em's forthcoming Marshall Mathers LP 2.

Known for his creative approach, directing stunning visuals for all his songs on a shoestring budget, Bellion continues to prove himself as a brilliant visionary.

This past week, he shared his latest video in the form of "New York Soul," which can be seen below. Also seen is the video for "One More Time," another sleek clip Bellion revealed earlier this month.

Bellion is planning to release a 10-track mixtape later this year, with a full-length due early 2014.