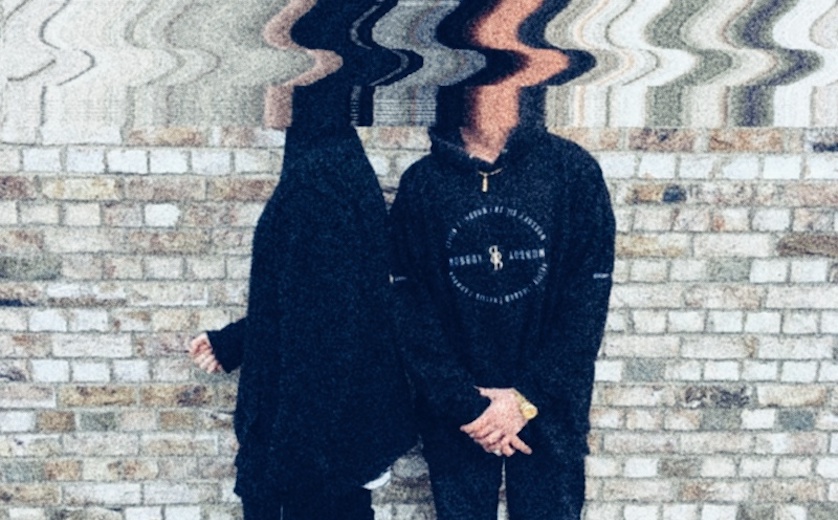 There's certainly no shortage of new music these days, but sometimes an act really stands out above the muck. One such band is VOID, a faceless, anonymous two-piece from London.

They've recently shared a 17-minute mixtape simply called TAPE ONE, which follows their breathtaking new single "ACHE," an emotional, albeit brief cut that somehow feels both heart-wrenching and therapeutic in its quick three minutes.

"We are concentrating on mental health and trying to help break the stigmas surrounding the subject through our music and social media presence," the duo tells me about their conscientious mission. "We both suffer from depression and anxiety and wanted to help others."

Identifying themselves solely as C (singer, keys, guitar) and W (drums, bass, synths, guitar), the unsigned, completely independent pair's newly released original material follows a series of covers and reworks of songs by a number of other Variance favorites, including Lorde, The 1975, LANY and Billie Eilish.

While on its surface, "ACHE" is quickly mesmerizing, VOID is quick to point out the song's earnest origins, telling me it's about "reaching an escape in our dreams whilst we are [asleep]." They add: "You can't really feel real pain or disappointment there. So it really was about separating our conscious feelings and finding normality in that instant and in that kind of space."

The band is currently in the studio working on their next single but they make clear fame isn't one of their goals. Instead, they're aiming to create a safe community for people to find solace or seek advice.

"If we can achieve that, then that's the only real personal gratification we need," they say.

Hear "ACHE" and TAPE ONE below, and stay tuned for more from VOID.