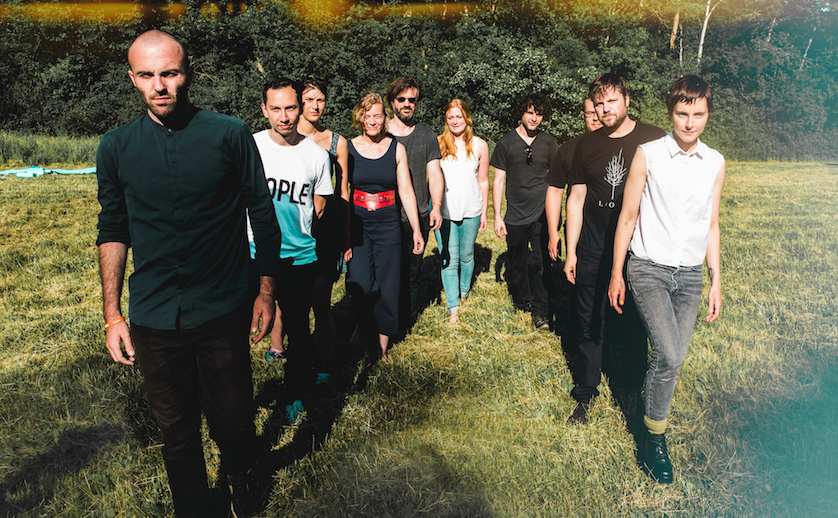 The spellbinding 10-minute track, called "How Is This Happening," was written the day after Donald Trump won the 2016 election exactly one year ago on Wednesday. It turned out to be a therapeutic way of navigating the many bleak headlines which followed.

"How" is the first preview of the bands' upcoming joint LP, titled Music for the Long Emergency, which will arrive on Feb. 16 and is available now for pre-order.

According to POLIÇA singer Channy Leaneagh, the record is about the "contradictions in life,” she says, adding: "How you can be going through tragedy, never-ending wars, but you still also are dealing with human relationships and love and romantic troubles.”

She also explains the project is notably reflective of the angst felt by many Americans and Europeans. "We had our hands on progress and then it flipped," she says. "So the songs deal with that, lyrically, and musically they do too — with the idea that we’re still human beings and we’re trying to find happiness and the love of our lives, or a career to be happy about, but then we’re also trying to find world peace and end racism.”

The two acts will also be hitting the road in support of the upcoming album. Ticket information can be found here.

Hear "How Is This Happening" below, followed by the tour dates.

Lauv's 'Modern Loneliness' is his 'most important song'

The Weeknd is heading out on tour this summer