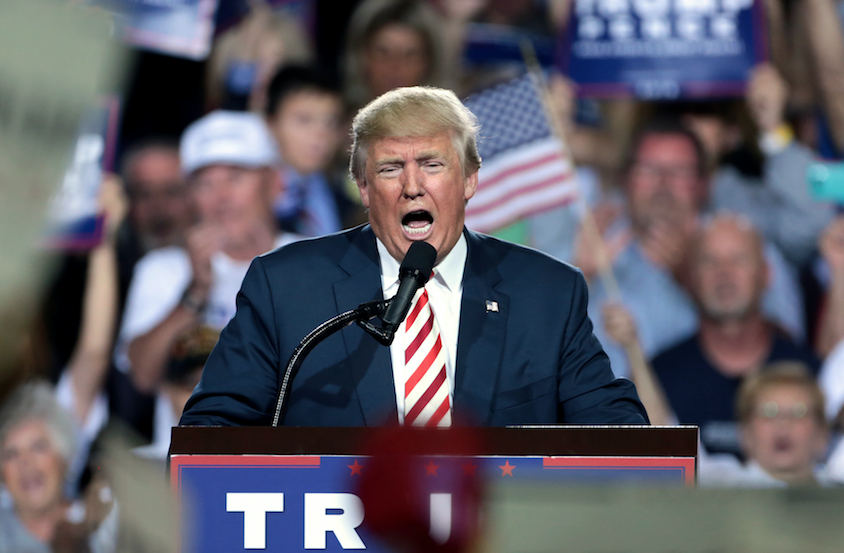 With victories in Pennsylvania and Wisconsin called after 2 a.m. EST, the Associated Press showed the Republican presidential nominee's electoral vote had surpassed the necessary 270 mark. As of 2:32 a.m., Trump was at 276, with Michigan and New Hampshire among the states still tabulating votes.

As the first to win the White House without either having previously held public office or serving in the military (he dodged the draft five times), Trump's candidacy was carried largely by white male voters with a general disregard or outright assailment of minorities, including but not limited to women, Hispanics, Muslims, blacks, the disabled and victims of sexual assault.

In fact, his victory follows the leak last month of footage from a 2005 Access Hollywood interview in which he bragged about assaulting women, declaring his star power allowed him to "grab 'em by the pussy." A number of women have since accused the 70-year-old real estate mogul and alleged billionaire of assaulting them. 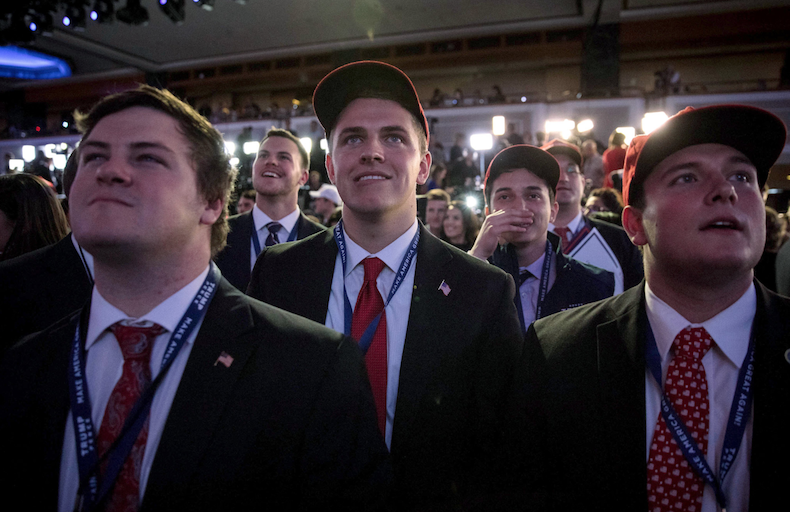 Nonetheless, Trump's candidacy resonated with many Americans who feel the political system has left them behind in favor of minorities or "elites" in Washington, D.C., and Wall Street.

By arguably exploiting those voters' fears and making hyperbolic promises, Trump mobilized an electorate willing to overlook his many flaws, hateful actions, numerous controversies, refusal to present his tax returns and concerns that he could have secret ties to the Russian government.

Trump's win seems to have also caught many political pundits by surprise. As we previously mentioned, FiveThirtyEight on Election Day had Hillary Clinton with a 71.4% chance of winning to Trump's 28.6%. And most polls had the

As the election results began trickling in Tuesday night, Omarosa Manigault (of The Apprentice fame) said Trump—who defended his penis size during a primary debate in March—"has a long memory" and is "keeping a list" of his enemies.

CNN reported around 2:40 a.m. EST that Hillary Clinton had called Trump to concede the election.

BRONCHO teases new album with double single 'Sandman' & 'Boys Got to Go'
Lightwave Empire salutes Down Syndrome children in new 'Too Close to the Sun' video
Joe Biden: 'We Don't Make the Effort to Know One Another Anymore'

Jacob Banks on his Nigerian roots, Trump and wanting to represent