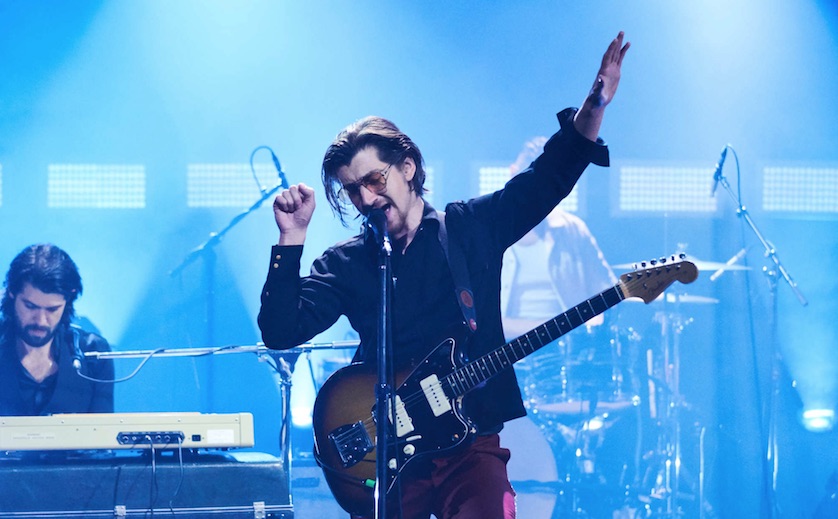 They offered up the television debut of their new song "She Looks Like Fun," which appears on the album.

In addition to the TV appearances, the band also celebrated the new album with a series of pop-up stores over the weekend in Sheffield, New York, Sydney, Paris, Berlin and Tokyo.

Next, they make their way to Europe for a series of shows before returning stateside for festivals such as Firefly, Lollapalooza and Austin City Limits, with a North American tour scheduled for the fall.

See the Corden performance below.