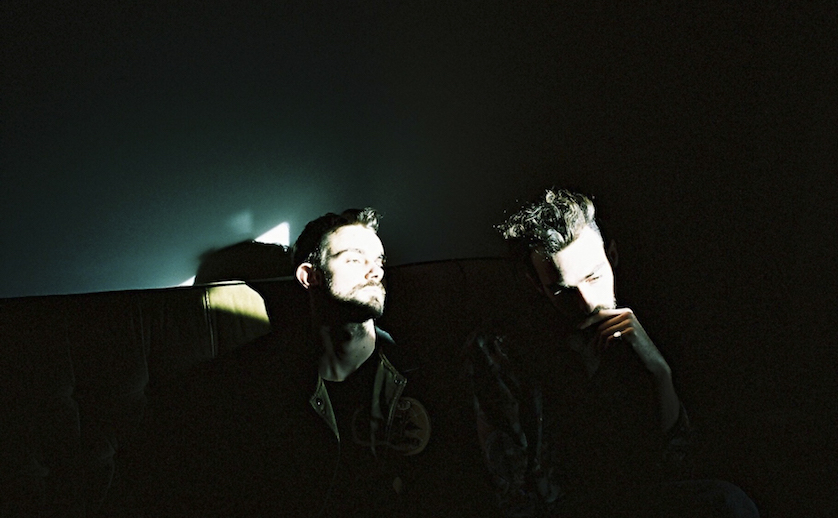 Big Scary's Tom Iansek and singer-songwriter Tom Snowdon recently made their debut as a duo called No Mono, with a spellbinding single "Butterflies," which was released in September.

The Aussie pair is now ready to share the riveting visuals for the track, premiering the video today on Variance. The new clip, directed by Shaun Garland, sees Snowdon in a single-take shot of performance art.

"Dancing has been a part of my life for a long time," the singer says. "My sister, Frankie, is a professional dancer and has inspired me from when I used to copy her as a kid ... It’s always been an interest and a reference for my music."

We also talked to Snowdon about the new project and what comes next. Watch the video below, followed by our Q+A.

You guys have worked together in the past. What was the motivation to keep collaborating?

We collaborated on a track for Tom Iansek’s other project (#1 Dads) in 2014. From there we just kept sharing ideas and workshopping songs together—both over email while overseas and then here at home. When my band (Lowlakes) ended in late 2014 we set about making a new project—a home for our collaborations. We’ve become great friends and share a special creative chemistry. No Mono embodies that relationship.

What is the inspiration behind "Butterflies"?

Conceptually, the track is about persistent and living fear; the kind that you can’t escape. It was originally a really raw, piano-based song I wrote in my bedroom, but it didn’t sit right like that. It wasn’t until we layered those intense synths into it that it came to life and brought out the emotional intensity of the vocal and of the words.

That production element also gave the track this otherworldly character, which is a focus of a lot of our work. Things like the warping timing in the chorus helped build the story of the track.

The video is mesmerizing. Was there any kind of pressure to make a great first impression or to do something unique?

This video isn’t actually the one we planned to release, so that’s a whole story. We set out to make a video with dancers in full body costumes as creeping and haunting creatures, in the black void space you see in this clip. We finished that video and were going to use that ... then the director sent this video just last week. This one was the very first take of the day, just a full shot of me performing the song right through (which was then going to be cut together with shots of the dancers). It was just a warmup shot really. When we saw it, it just felt so fitting and raw, which is what we really wanted to do with the track, so we went with this one.

You've been working on other material together. What can fans expect next?

Yep, we’ve been working on heaps of new music. We’re going to release another song in a couple of weeks, and then a bunch more next year. We probably have about an album’s worth of music now...and can't wait to share it.■