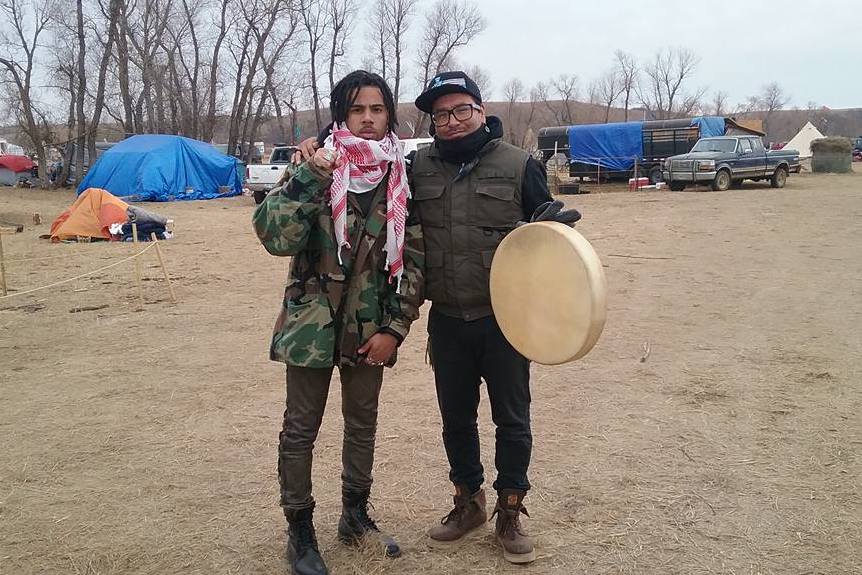 He took to Facebook to broadcast his experience live and encouraged his fans to support the efforts to stop the controversial construction of the $3.7 billion Dakota Access oil pipeline.

"These are real lives," Mensa said on his Facebook Live stream, declaring that "this needs to be a time of healing," especially considering the United States' painful history with the Native American population.

The Standing Rock Sioux have been leading the protests alongside a number of Native American tribes who are concerned the pipeline would pollute the Missouri River—their primary source of drinking water—and uproot sacred land and tribal burial grounds.

In response to the news, Mensa said he will return to the North Dakota site next Sunday, Dec. 4, and he invited fans to join him.

This is hardly Mensa's first time using his voice to draw attention to important causes. As we previously mentioned, the emcee has used his song "16 Shots" to honor victims of police-involved shootings and he teamed up earlier this year with Le1f, Lil B and Halsey for the Pro-LGBT "Free Love."