James Blake's new song is so good, but his album cover is too much

James Blake is back with new music—and a new album coming in September.

On Thursday, he shared a new song called "Say What You Will," which is accompanied by a humorous video co-starring Finneas O'Connell, the musician-producer and Billie Eilish's older brother. It's a preview of Blake's new record Friends That Break Your Heart, which is coming Sept. 10 via Republic Records.

But we need to talk about the album cover, seen below. Because if like me, patterns of small clustered holes make you feel anxious (aka you suffer from trypophobia), the album cover for Blake's new album will give you all kinds of jitters. Why did you do that, James? I thought we were friends. Now who's breaking his friends' heart??

“The song is about finding peace with who you are and where you’re at regardless of how well other people seem to be doing,” says Blake of the new song. “Comparison really is the thief of joy.”

Anyway, watch the video. The song is very good. But you should ignore the album cover. 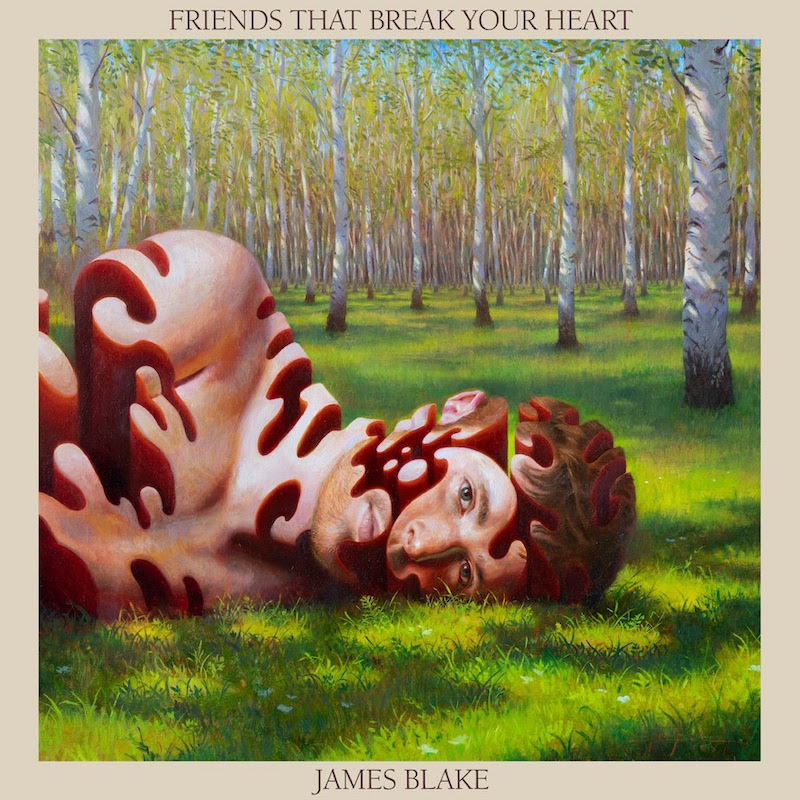 # Joshua 2021-10-12 22:38
Hell yeah. Literally sets my teeth on edge. Far as I'm concerned, any rational person suffers from trypophobia. But I may be biased. Damn, though: what kind of mind conceives of this image and has it executed? What kind of visual artist takes this gig? I don't want anything to do with any of 'em. Ugh!
Reply | Reply with quote | Quote
# lucy 2021-10-04 15:25
OH MY GOD. I thought I was completely alone when I saw this album cover the other day, it massively triggered me... and I didn't know why, until it dawned on me, its because of my trypophobia!!!)
Reply | Reply with quote | Quote
Refresh comments list
Add comment
JComments