As expected, The Governors Ball Music Festival has revealed its 2019 lineup.

It usually announces it performers list in the first week of the new year, usually not long after Coachella does the same. And on Monday, the New York fest took the plunge, confirming Tyler, the Creator, Florence + the Machine and The Strokes as it 2019 headliners.

Tickets for Governors Ball are on sale now. 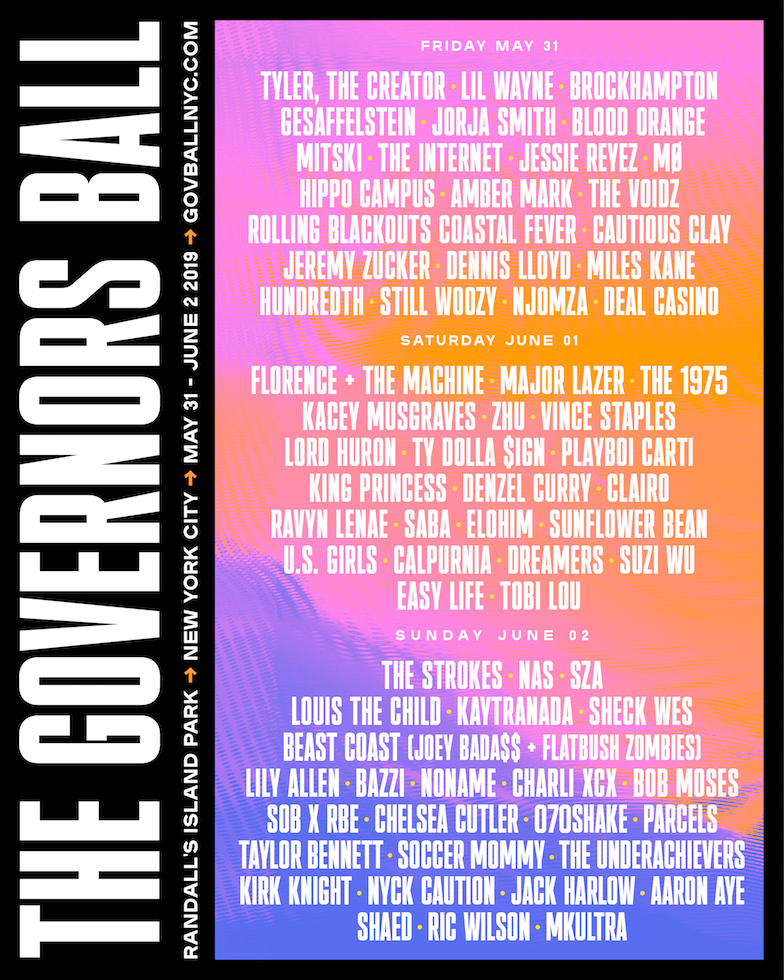