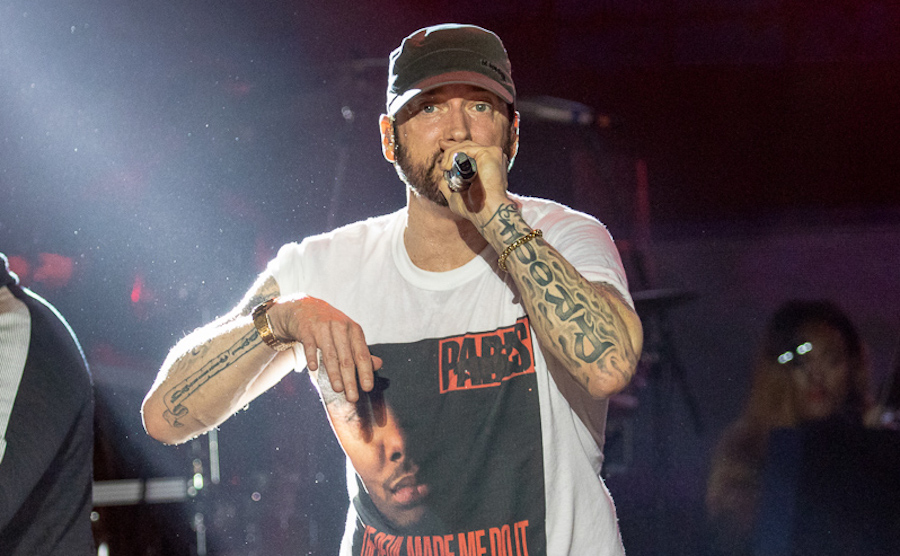 Photo of Eminem, by Dan DeSlover/Variance
—

The third day of this year's 17th annual Bonnaroo Music and Arts Festival saw some of this weekend's biggest performances.

After Friday's tragedy, the death of a man found possibly sleeping in his car, Saturday's festivities weren't without controversy, as Eminem drew criticism for his use of gunshot-like sound effects in his performance, causing some fans to panic, duck, scream and even exit the fest.

"The effect used by Eminem in his set at Bonnaroo was a pyrotechnic concussion which creates a loud boom," a rep for Em said in response to claims the performance featured gun shot sounds. "He has used this effect—as have hundreds of other artists—in his live show for over 10 years, including previous U.S. festival dates, without complaint."