Well, ACL has done it again. Austin City Limits Music Festival announced its 2019 lineup on Tuesday, and as with the last couple of years, there's a left-field or lesser expected headliner.

Guns N' Roses top the bill, which was revealed this morning. Their appearance had been rumored in recent days after they announced some fall live shows, but it's worth noting this is the third consecutive year ACL has nabbed an act not already making the rounds this festival season (last year it was Paul McCartney and in 2017 it was Jay-Z).

Also headlining is Childish Gambino, who had largely been expected to appear following his cancellation last year because of an injury. He'll be joined by fellow top line acts The Cure, Cardi B (weekend one only), Billie Eilish, Tame Impala and Robyn, the latter of whom is also rather unique to the ACL lineup, although she's only performing on weekend two.

ACL is set for Oct. 4-6 and Oct. 11-13 at Zilker Park in Austin. Tickets are on sale today at noon CST. See the rest of the lineup below. 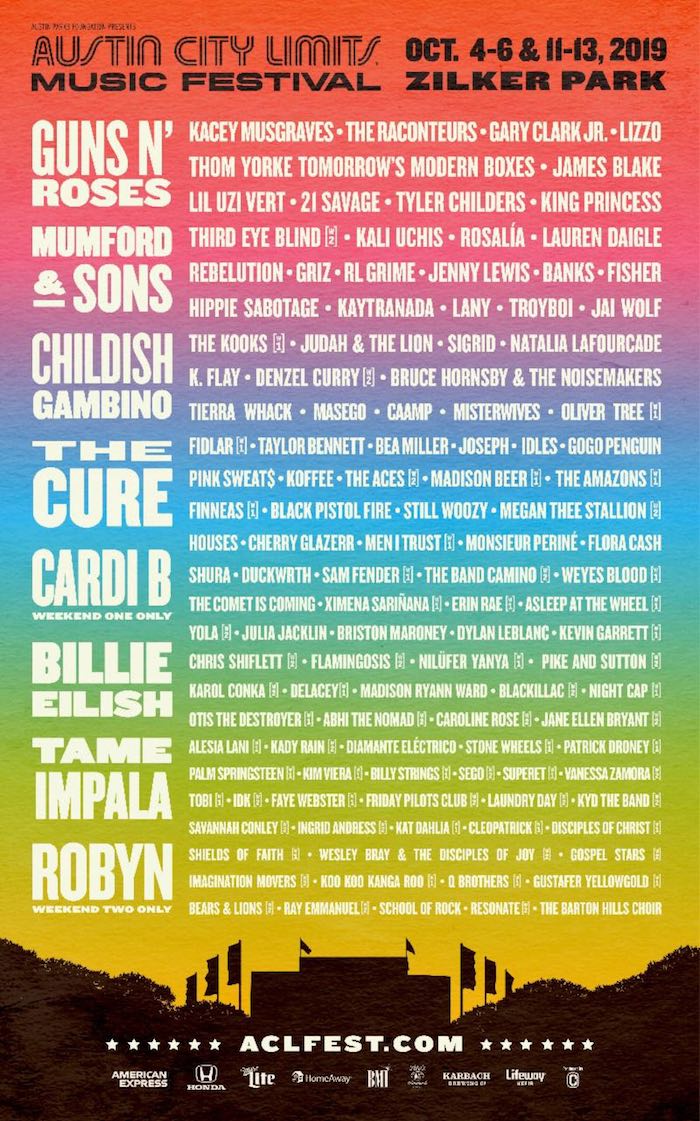