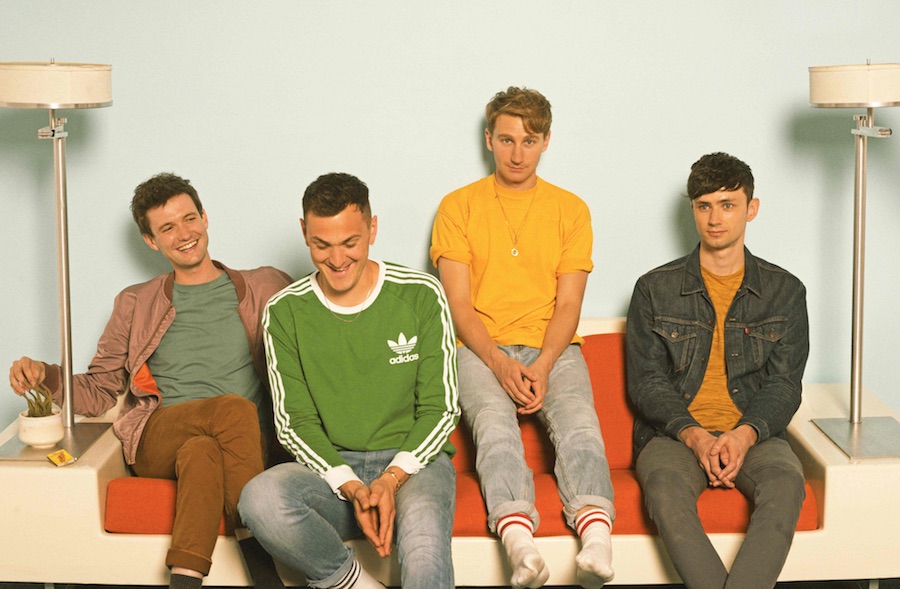 As Donald Trump flip-flops by the day and continues to catch even the most veteran pundits by surprise, Glass Animals frontman Dave Bayley says musicians need to do more than just yell, "Fuck Trump."

"There’s this tendency to just be explicit," he says, speaking with Variance ahead of the band's performance this weekend at Coachella. "Just saying ‘fuck Trump’ isn’t enough. That’s fine, but I’m not sure it’s the best way to go about it. For artists, I think there are better and more meaningful ways to consider."

Bayley's comments come as the band is currently on tour promoting their irresistible sophomore record How to Be a Human Being, in which each song is a story about a fictional character, albeit partly inspired by real-life encounters, while also serving as a commentary on society.

"I have no idea if we’re doing it the right way, but I do appreciate those artists who see what’s happening in the world and they’re speaking out. There are some very observational lyricists right now," explains the British musician, pointing to a certain Compton emcee for reference. "Kendrick is obviously one of them. I mean, Kendrick Lamar is the most prolific artist saying things that matter with his music. It’s important to talk about the world in a certain way, rather than just shouting superficial slogans or sharing a clever hashtag."

"Kendrick Lamar is the most prolific artist saying things that matter with his music."

Bayley credits the last three years of essentially non-stop touring for opening his eyes and giving him new perspectives of culture.

The band is expected to be on the road through the summer, while also performing a number of major festivals, including Bonnaroo, Lollapalooza and Glastonbury. But Bayley says new music is already in the works, although he cautions he's not sure where it will land.

"There are always bits and pieces," he says. "Maybe not necessarily for Glass Animals, but there are noises being made ... I don’t know if it’ll turn into a Glass Animals record, but we want to keep pushing ourselves. The next [album] might be bolder, a bit stranger. We’ll see what we can get away with next time."

How to Be a Human Being is available now and Glass Animals' tour schedule can be found here.

Brynn Cartelli's new single 'Gemini' will blow you away