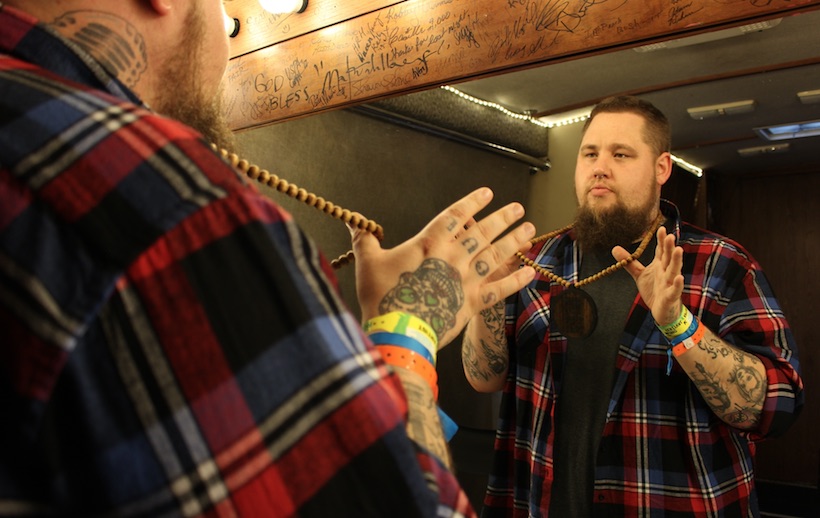 Photo of Rag'N'Bone Man at SXSW, by Sydney Smith

Rising British crooner Rory Graham (aka Rag'N'Bone Man) took a break from the chaos of SXSW to chat with Variance in Austin.

Hanging out in his trailer before performing at YouTube's showcase, the singer humbly expressed gratitude for being able to break in the States. His single "Human" earlier this month hit No. 1 on Billboard's Alternative Songs chart.

Running through his upcoming schedule, which will include a number of shows in front of thousands of fans, Graham said it's "incredibly exciting—and scary."

Fortunately, during his short time in America, he's already picking up on the great food and drink options. He specifically recalled his first experience with the pickleback, a New York favorite, which is a shot of whiskey followed by a shot of pickle juice.

"It's actually good," he confessed. "And it gets you kind of wasted."

Watch our interview with Rag'N'Bone Man below.

mehro chats about new music, the need to write about difficult themes