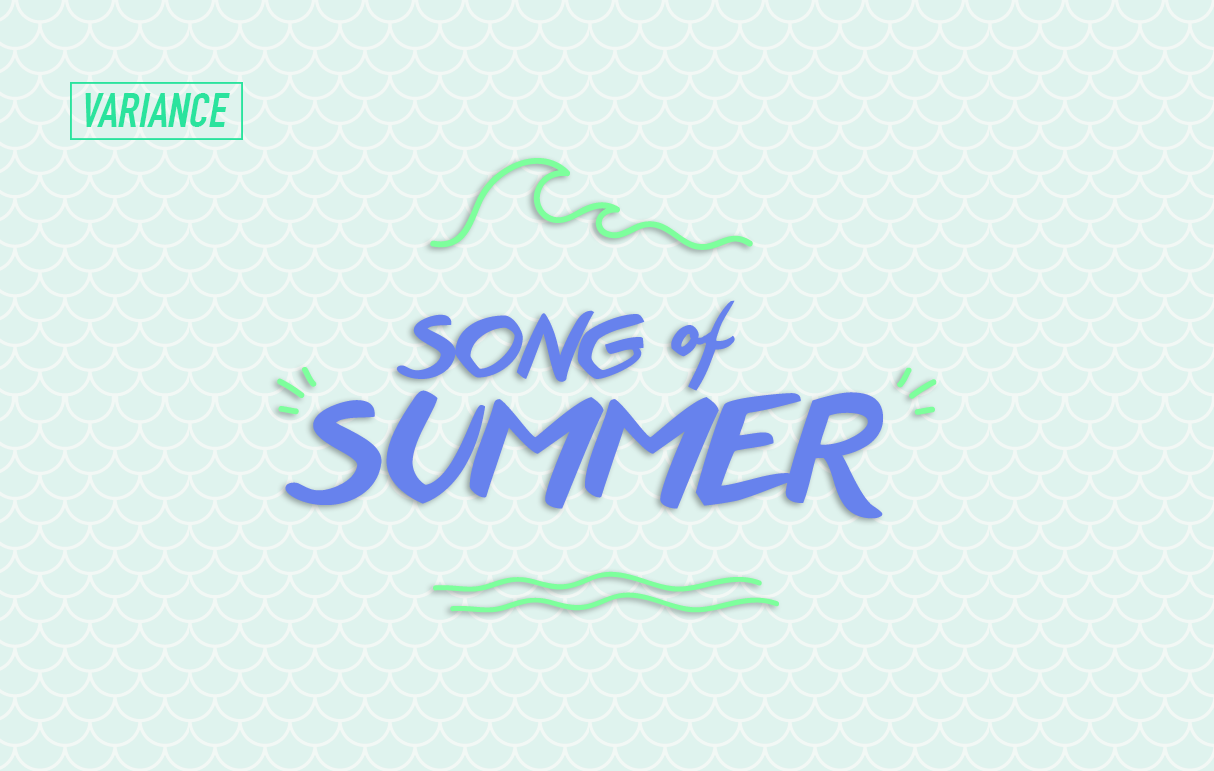 It's that time of year again, when many of us are soaking up the sun and enjoying every second we can spend poolside. It must be time for Variance's annual Song of Summer poll.

Unlike in some previous years, there isn't necessarily a dominant frontrunner for the season's top tune, but there's an eclectic mix of songs worthy of soundtracking your rooftop parties or summer drives. And for a sixth consecutive year, we need your help picking the winner.

From the obvious hitmakers like Justin Timberlake and Drake to growing favorites like The Chainsmokers or SOS newcomers like Dua Lipa, Kiiara and The Strumbellas, there's certainly a varied selection.

As usual, readers can vote for their favorite entry (or nominate their own) now until Aug. 9. If a reader-nominated title reaches 5% of the total vote, it will be added to the poll. The top 10, including the 2016 Song of Summer, will be announced after Aug. 12.

Interestingly, multiple Song of Summer winners have gone on to receive Grammy nominations for Record of the Year, including The Weeknd's "Can't Feel My Face" (2015), Sam Smith's "Stay with Me" (2014) and Robin Thicke's "Blurred Lines," featuring T.I. and Pharrell (2013).

New this year, each vote will also serve as an entry for the chance to win two (2) three-day passes for Life Is Beautiful Music & Art Festival in Las Vegas, Nevada. Entrants are limited to one vote per day. Winner will be notified after Aug. 12. Prize includes only two general admission festival tickets, not transportation, accommodations or related expenses.

Hear the Song of Summer nominees below, in no particular order, followed by the poll and contest entry form.

Drake - One Dance (feat. WizKid & Kyla)
It's been at the top of the U.S. charts for weeks, but can it withstand the heat of summer's hottest days? That remains to be seen.

Justin Timberlake - Can’t Stop the Feeling
The upbeat jam was clearly "trolling" for the Song of Summer title and it's been everywhere since its release. In fact, it's J.T.'s first No. 1 hit in 10 years.

Desiigner - Panda
The surprise hit, which dethroned Rihanna and Drake's No. 1 "Work" in April, is a clear contender not only for one of the summer's biggest tracks but for all of 2016.

Calvin Harris - This Is What You Came For (feat. Rihanna)
It's perhaps not as hefty as some might have expected from the mega-producer and the pop mainstay, but it's everywhere right now, from the dance floor to the shower.

Kiiara - Gold
This was one of our favorites when it first arrived last summer, but thanks to label support and growing buzz, the budding pop gem may finally have the chance to shine.

Dua Lipa - Hotter Than Hell
The rising songstress' new single was an instant favorite. It's a glossy, massive cut destined for radio and stadiums, as is the singer herself.

Beck - Wow
The title speaks for itself and this woozy, funky track, which really can't be pinned down to a specific genre, most definitely belongs on any summer playlist.

Fitz and the Tantrums - HandClap
Another irresistible offering from the Los Angeles outfit, it's a top five hit on alternative radio and perfectly sunny and fizzy enough for all your summer plans.

The Chainsmokers - Let Me Down (feat. Daya)
The producer duo teamed up with newcomer Daya for this infectious track and it's proving to have been a dark horse peaking at just the right time.

Sia - Cheap Thrills (feat. Sean Paul)
We prefer the sans-Sean Paul version, but record labels like guest features. And with or without any help, Sia delivered an absolute earworm.

Flume - Never Be Like You (feat. Kai)
The Australian musician-producer didn't disappoint with his sophomore album and this standout collaboration with Kai proves why he's really on the cusp of the biggest moment of his career.

Chance the Rapper - No Problem (feat. Lil Wayne & 2 Chainz)
Not only has the Chicago MC challenged the rules, but tracks like this one are only further evidence of his knack for making big jams while still getting across a clear message.

The Strumbellas - Spirits
After years together, the Toronto band is suddenly gaining traction globally thanks to this hit, which has already topped the U.S. alternative charts. It was inspired by sad times, but we imagine that's not the case anymore for this group.

Troye Sivan - Wild (feat. Alessia Cara)
It was one of Variance's Best Songs of 2015, but the new version now includes a guest feature from Alessia Cara. And these young rising stars absolutely shine together.

Bootstraps shares gripping new single 'Out in the Wild'