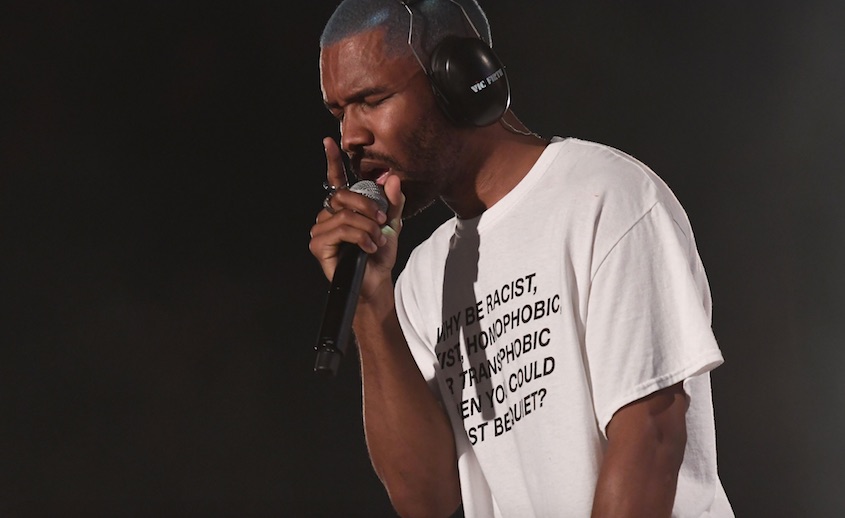 Frank Ocean decided to close out Valentine's Day with a new recording.

Early Thursday morning, he unexpectedly dropped a beautiful cover of "Moon River" from the 1961 film Breakfast at Tiffany's. The track, written by Johnny Mercer and originally performed by Audrey Hepburn, won an Oscar for Best Original Song and a Grammy Award for both Record and Song of the Year in 1962.

The delicate offering comes as Ocean has been teasing new music for the new year.

Back in November, he said on Tumblr he "made the album before 30," but he "just aint put that bitch out," he told fans, likely nodding to a past promise to have five albums before his 30th birthday, which was last October.