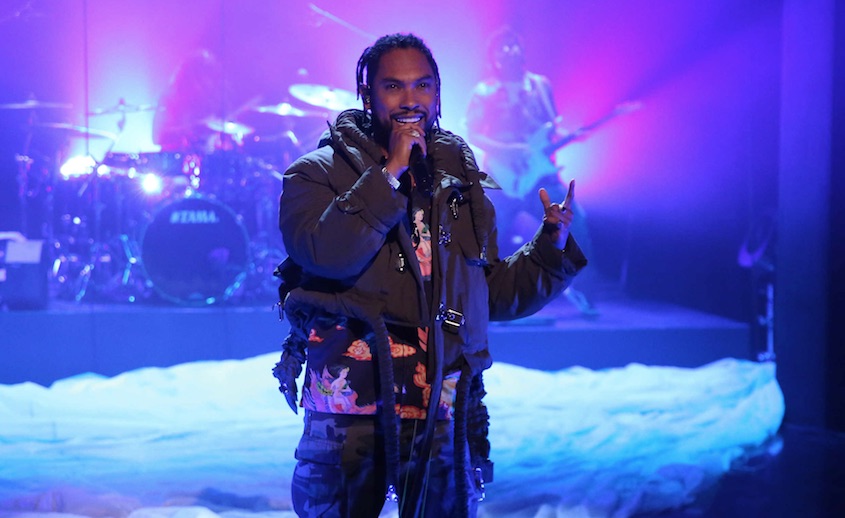 At long last, Miguel has released his new album War & Leisure into the world.

The album arrives as "Sky Walker" continues to climb the U.S. charts, hitting a new peak of No. 58 on the Billboard Hot 100 this week.

To celebrate the album's release, Miguel took the stage Thursday night on NBC's The Tonight Show Starring Jimmy Fallon, where he performed "Sky Walker" while strapped to a parachute. Earlier this week, the singer also announced a 2018 tour in support of the record.

Hear the album below, followed by video of Miguel's Tonight Show performance.