WATCH: fun. Loses Magical Suitcase in 'Why Am I the One' Video 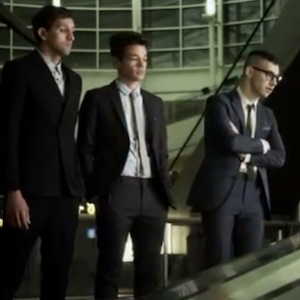 In the video for their latest single, "Why Am I the One," fun. arrives at an airport, but they're unable to find their suitcase at baggage claim. The impressiveness of the trio's need for only one suitcase is quickly overshadowed by the band's hunt for said luggage, trekking across the city while airing their frustrations in the form of song.

WATCH: Tyler, the Creator Debuts 'TreeHome' on Return to 'Fallon' 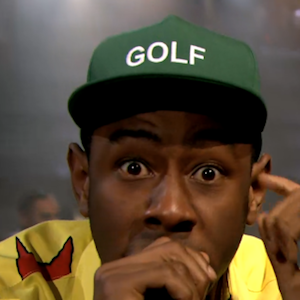 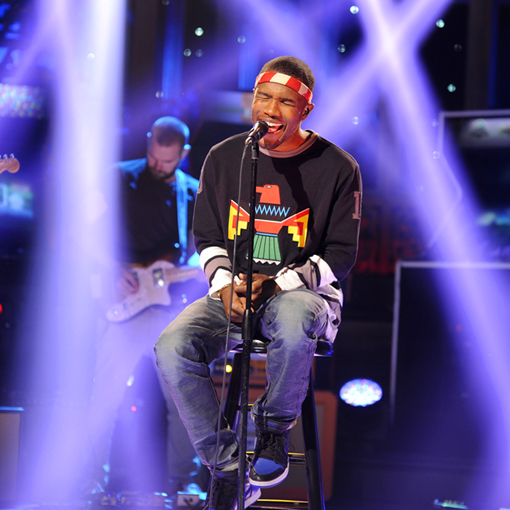 Frank Ocean's Grammy performance of "Forrest Gump" was no doubt meant to be one for the books. Perfectly inserted just before last year's Album of the Year winner Adele presented her 2013 predecessor, it's obvious producers had high hopes for that prime real estate in the lineup. The positioning was likely supposed to be great for the wider public's impression of Ocean, a critical darling and mega-talent whose Album of the Year-nominated channel ORANGE was six digits behind his fellow nominees in sales totals. But that didn't happen.

WATCH: Matt & Kim Get Cozy, Choreographed in 'It's Alright' Video 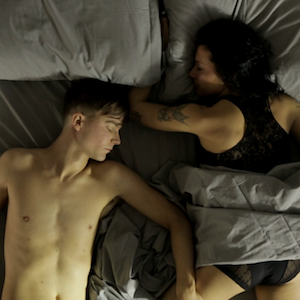 By now, you should know that Matt & Kim's upbeat jams are the perfect solution for Monday mornings. So what better than a new video from the duo to kickstart the week? The new set of visuals for "It's Alright" (off their 2012 LP Lightning), a slightly-NSFW choreographed piece, features the couple sleep-dancing (is that a word?) and "air drumming" in perfect unison. Once again, a clever creation from the dream pop pair. 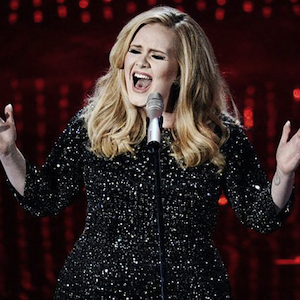 The 2013 Oscars, a lengthy and stuffy show as usual, this year kicked off with a seemingly eternal monologue by Seth MacFarlane. Despite a multitude of dips and low points on Sunday night, all was well for about three minutes when Adele took the stage for her performance of "Skyfall," the theme song for the James Bond film of the same name. 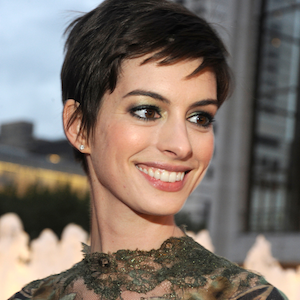 Following wins at most of the major awards ceremonies leading up to Sunday's Academy Awards, Anne Hathaway appears to be all but locked in for an Oscar. The former "Princess of Genovia," as she referred to herself last month in her Golden Globes acceptance speech, is nominated for Supporting Actress for her role in Les Misérables. But if her previous speeches are any indication, we'd rather just skip this one. 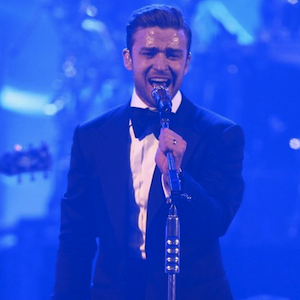 Following his performance of "Mirrors" this week at the BRIT Awards, Justin Timberlake—sporting that brand new wedding ring—stopped by to sit down with Jonathan Ross. During the chat, which at times seemed slightly awkward for Timberlake, he discussed his hiatus from performing and his decision to return, his newlywed life with Jessica Biel and working with Jay-Z on the forthcoming album The 20/20 Experience. 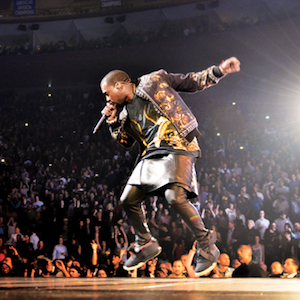 Remember back in December when Kanye West went on that rant about the press and the media and the Grammys ahead of his performance of "Clique"? On the same day it was reported he is expecting a daughter with girlfriend Kim Kardashian, West on Saturday took the stage in London, and this time following his performance of "Clique," he divulged in another long gripe, spitting fire at a number of targets—including Justin Timberlake, corporate dollars, hypocritical businessmen and the Grammys—despite winning a couple earlier this month. 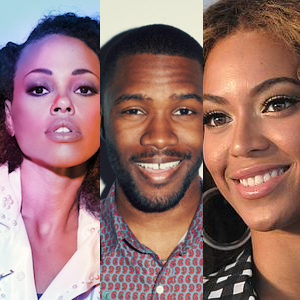 First Lady Michelle Obama on Friday stopped by Late Night with Jimmy Fallon, where she discussed the Obamas' plans for Oscar night, the President's dance moves and daughters Sasha and Malia's influence on their music playlists. Apparently, the younger Obamas have introduced their parents to the sounds of Elle Varner and Frank Ocean, and according to Mrs. Obama, they are "Beyoncé dévotés." The latter is probably less of a surprise. 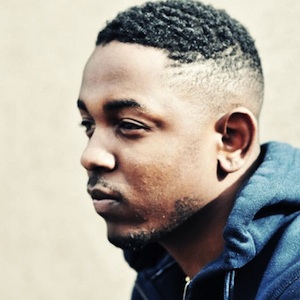 Kendrick Lamar on Friday released his latest music video, this one for the Drake-featuring “Poetic Justice,” which is off his incredible 2012 debut album good kid, m.A.A.d city. The dark, smoky set of visuals appear to be greatly inspired by by the work of director John Singleton (Boyz n the Hood, Poetic Justice) Drake also goes back to his Degrassi roots, albeit briefly, with his featured role. Meanwhile, Lamar's character is half of a heart-rending duo, whose love—in Singleton fashion—is ill-fated.

In more uplifting Lamar news, as we previously reported, the West Coast MC lends his voice this week to British songstress Emeli Sandé's remix of "Next to Me."

Watch the gut-wrenching clip below: 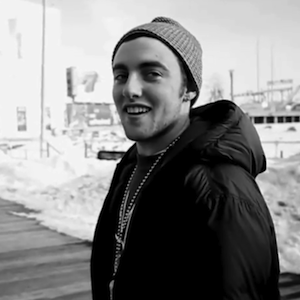 Mac Miller, who is currently touring Australia, took the stage in Sydney on Friday and introduced a new song for fans. "Matches," which Miller had previously not released publicly, is expected to be on his forthcoming album, Watching Movies With The Sound Off. 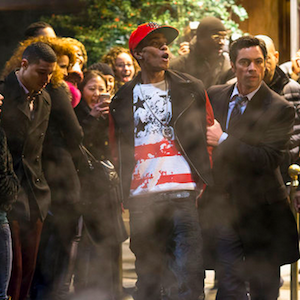 Apparently Law & Order: Special Victims Unit isn't a big Chris Brown fan. In a new ad out this week, next Wednesday's episode—titled "Funny Valentine—is being promoted by NBC as "a familiar story of two celebrities." A quick glance of the 30-second promo glaringly resembles Brown's relationship with Rihanna.