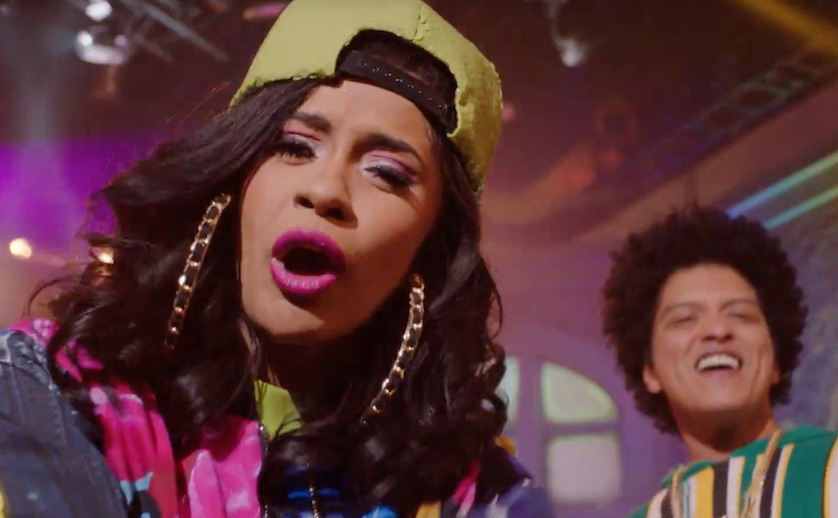 Proving just how much life his latest album has in it, Bruno Mars kicked off 2018 on Wednesday with a brand new remix for his song "Finesse," now featuring Cardi B.

The new rendition arrived late tonight with an accompanying video inspired by one of Mars' "favorite TV shows of all time," In Living Color, which aired on Fox from 1990 to 1994. The track is the latest single from the singer's 24K Magic, which was released in November 2016. The album itself has been said to be inspired by '80s and '90s pop nostalgia.

The "Finesse" remix follows the album's four previous singles, the title track, "That's What I Like," "Versace on the Floor" and "Chunky." 24K Magic is up for Album of the Year at the 60th Annual Grammy Awards.

Watch the new video below.