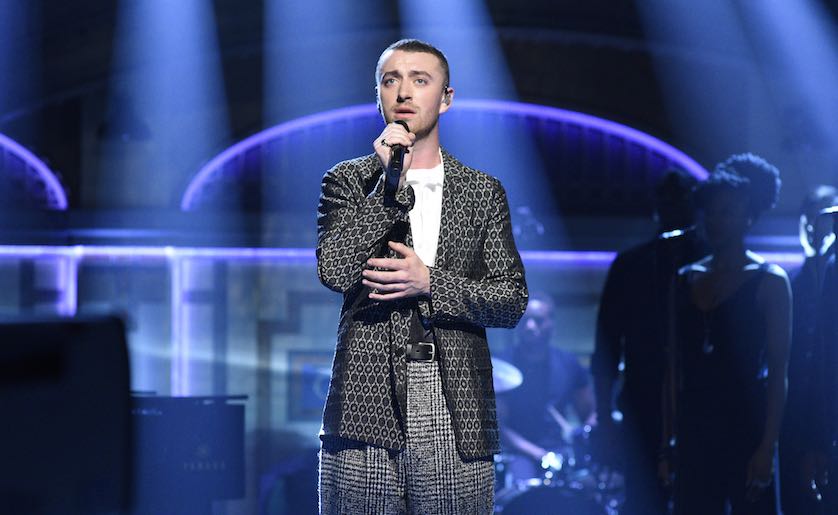 Photo by Will Heath
—

In addition to performing "Pray," Smith offered a live rendition of his single "Too Good at Goodbyes," both from his upcoming sophomore album The Thrill of It All, which he confirmed yesterday is coming on Nov. 3.

Jason Aldean, who was performing in Las Vegas at the moment when a gunman opened fire and killed 58 people, opened the Gal Gadot-hosted SNL episode with a tribute to victims and a cover of the late Tom Petty's "I Won't Back Down."