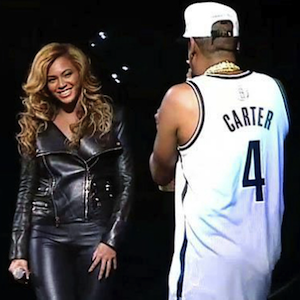 Jay-Z continued the rest of the night on his own, but Beyoncé returned near the end as the duo closed out the show with "Young Forever."

As announced earlier, Jay-Z will release an optic EP on Tuesday titled Live in Brooklyn, which features eight tracks and eight videos of his time at Barclays. It is currently available for pre-order on iTunes.

Video of all three songs below: