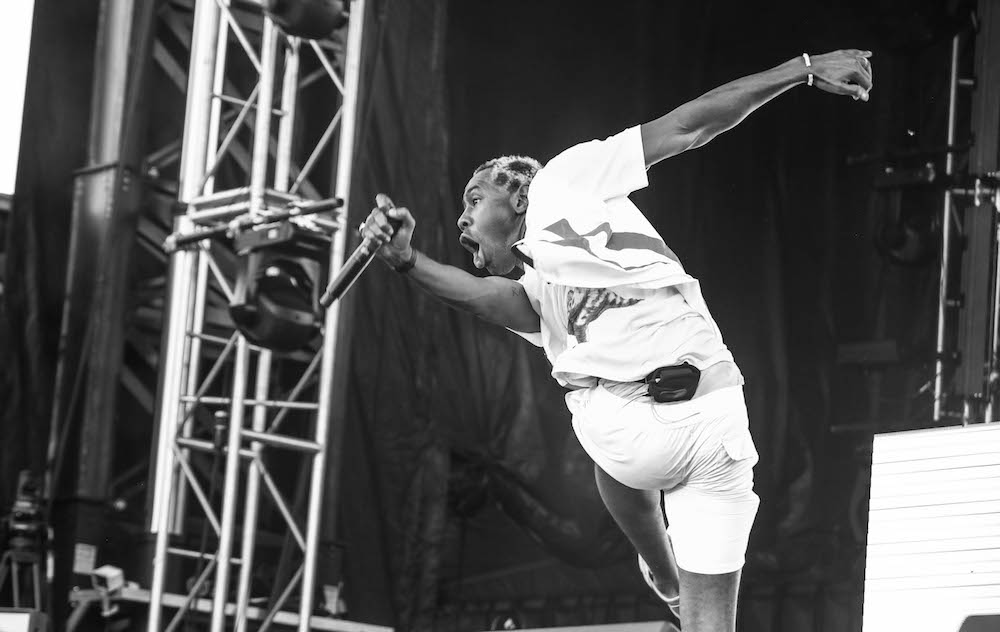 Photo of Tyler, the Creator, by Keenan Hairston
—

Despite blistering heat in the upper 90s on Sunday, around 30,000 people still descended on the Minnesota State Fairgrounds, where the likes of Logic, Tyler, the Creator, Erykah Badu, Migos and Russ performed on a series of four stages.

As in past years, Sway Calloway hosted the main stages, emceeing between performances, as the thousands of attendees enjoyed great food, a skating rink, a car show and live painting and art installations where cans of spray paint were readily available for artists to work their magic.

While Logic and Tyler's performances were clearly standouts for the one-day hip-hop celebration, Erykah Badu and Jaden Smith both delivered commanding turns of their own. Meanwhile, Russ' past showings at festivals proved to be just as indicative of his reception in the Twin Cities, where the crowd fully embraced the fast-rising rap-crooner, whose debut album recently went platinum.

The festival was largely a rather flawless event, further establishing Soundset's unique brand in the age of the festival bubble, but it did suffer at least one hiccup. Brockhampton withdrew at the last minute, following the band's announcement Ameer Vann had been eliminated from the group after multiple sexual misconduct allegations, forcing the cancel their tour schedule and delay their upcoming album.

Despite the disappointment of that cancellation, Soundset still thrived and proved the Twin Cities as the perfect host for one of the country's biggest hip-hop events.

See photos from the fest below, by Keenan Hairston.