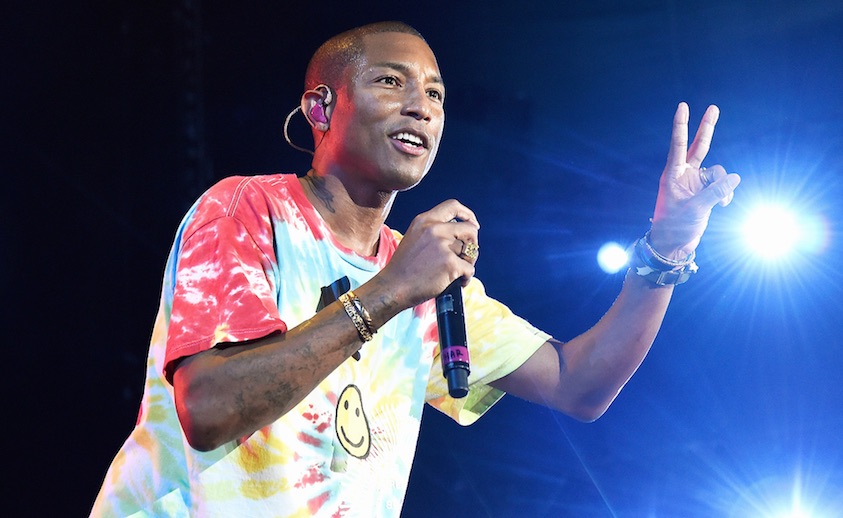 Afropunk has revealed the initial lineup for both its Brooklyn and Atlanta installments.

The festival on Tuesday announced its 2018 roster, with Erykah Badu, Janelle Monáe, Miguel, Tyler, the Creator, Twin Shadow and Jaden Smith among those performing for the Brooklyn rendition on Aug. 25-26.

Meanwhile, N.E.R.D, The Internet, Noname, Little Simz and Benjamin Booker have been tapped for the Atlanta fest, with more acts to be announced.

See the lineups below, followed by Afropunk's statement regarding its "The People Resist" theme for 2018. 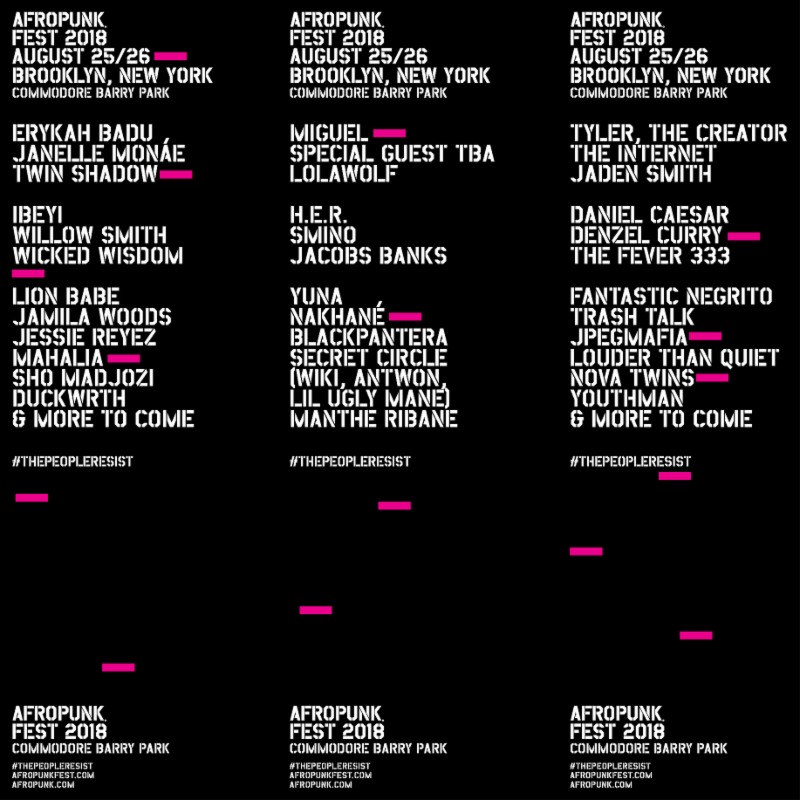 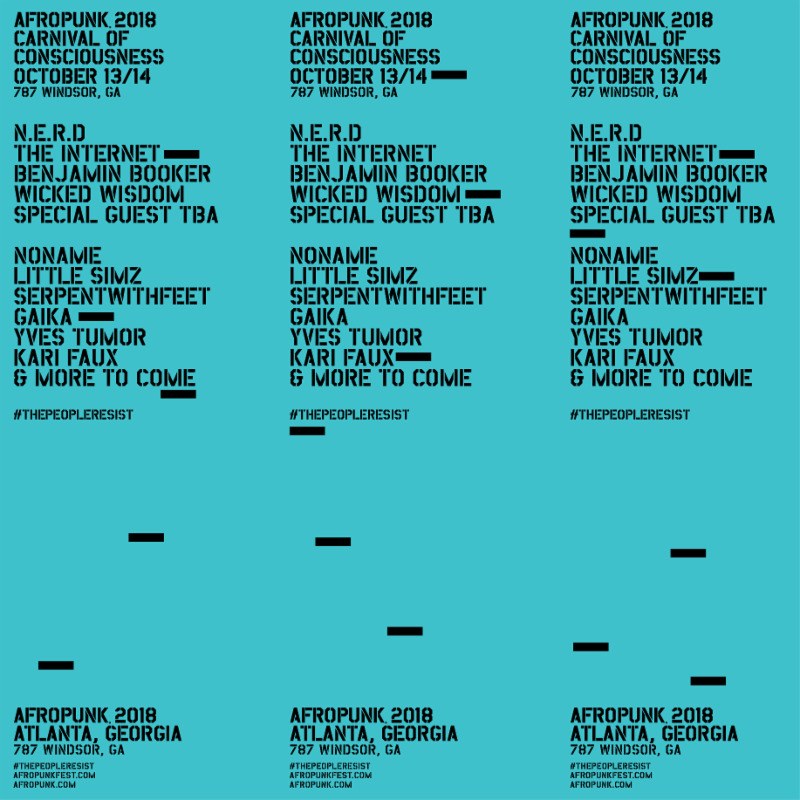 This resistance is not new! We, the people who have lived under the thumb of white supremacy, gender inequality, homophobia, environmental rape and economic apartheid have always known that when the world is an outrage, the sensible thing to do is defy it.

Resistance is survival, not just a hashtag. But if it's going to be a social media call to political arms, let's make that fucker count!

This resistance is not only about the toxicity of sick men in power.

We, the people recognize the laws they codify are pornographic fever-dreams of late-stage capitalism and white patriarchy, its bottom-lines built on the broken backs of individual human rights, and on development for the few but cheap plastic lives for those segregated from society.

Our moral teachers taught us the ethics on which to build this fight, and our punk roots gave us the strategy.

This resistance is not nihilism.

When the People Resist, our collective "No" is actually "Yes" - to all, for all. We stake everybody's claim, rejecting old colonial privileges.

When the People Resist, it is inclusive, not exclusive -our arms open to the oppressed, and a finger in the air to the oppressors. We respond to the absurdity of their limited vision.

When the People Resist, it is unity, not division - loud voices speaking together, even if they aren't all saying the same thing. We reject the purity of agreement, for the righteousness of our displeasure.

The People Resist...because there's nothing else left to do now.

Jordan Rakei closes out summer with his wonderful new album