Exclusive: These Universities Are Competing to Bring Gryffin & Monster's Up & Up Festival to Their School 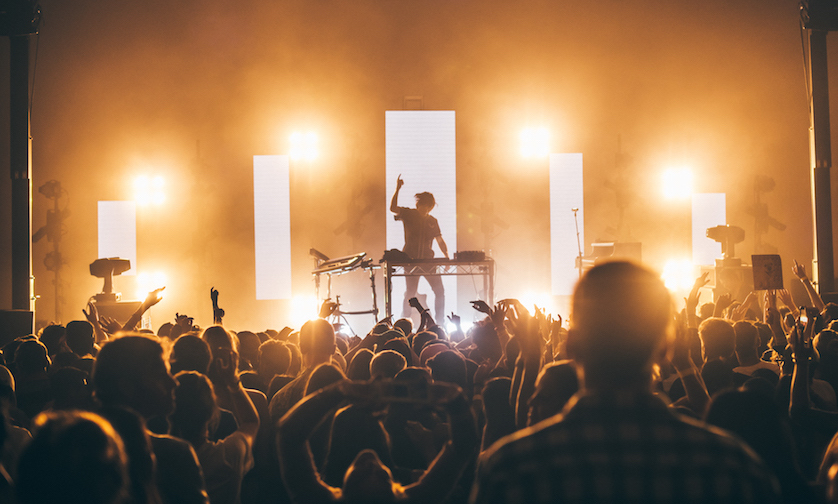 Monster Energy's crowdfunded Up & Up Festival has announced the colleges competing for a chance to bring the music festival to their campus.

A handful of schools, which includes students at Baylor, UC Berkeley, UC Davis, UT Austin, Loyola Chicago, CU Boulder, Cal Poly, Indiana State University, Missouri State University, San Jose State, UC Santa Barbara and University of Illinois Champaign Urbana, will be vying for a live performance from Los Angeles-based producer-musician Gryffin, who will headline a show at the three colleges with the most ticket pre-orders within a 48-hour timeframe.

The Up & Up concept is a rather savvy one, considering the festival only stops at campuses with the most demand, essentially making it a win-win for students, artists, and promoters.

“We’re innovating the college concert experience by personalizing it—and connecting top emerging artists with the student communities who want them most,” Up & Up Festival managing partner Steven Ljubicic tells Variance.

Gryffin’s round of shows this spring will actually be the fourth installment of the Up & Up Festival series, following past renditions headlined by the likes of Cash Cash and Alan Walker. It comes as Gryffin has been seeing his star rise over the past couple of years, following buzzworthy recent collaborations with Variance favorites such as Josef Salvat and Daya.

"When I first heard about the concept behind Up & Up Festival, I thought it was such an awesome idea having colleges compete for concerts and think it’s a great way to bring schools together through music," says Gryffin, speaking about his excitement for the festival. "I personally started producing music while I was in college and I’ve always enjoyed playing for students because of their raw energy and I cannot wait to play for the winning schools."

The competition to bring Gryffin to college campuses will start on March 7 at 4 p.m. EST. In order to win, colleges and universities will need to secure the most pre-orders within the 48-hour period ending on March 9. Only the winning schools’ students will have their credit cards charged. 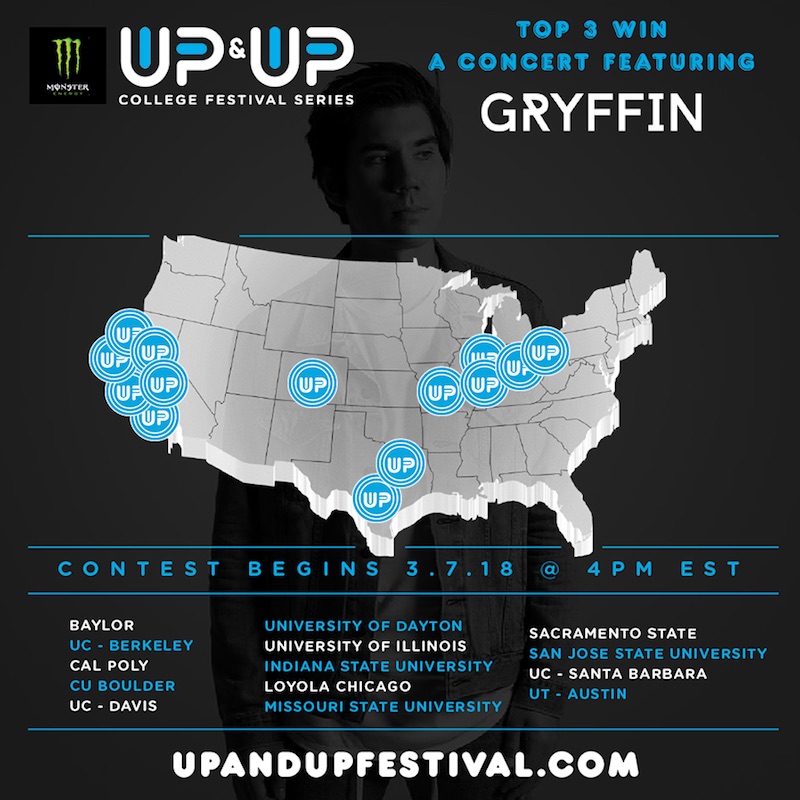