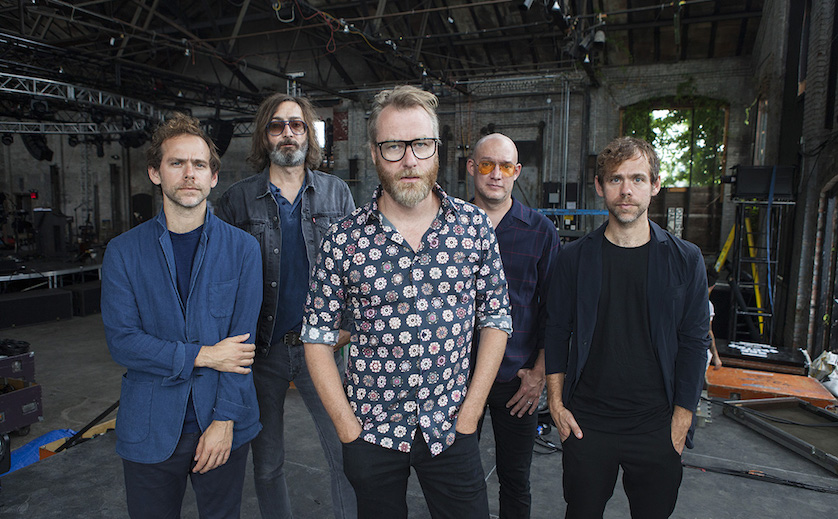 The National on Tuesday revealed the lineup for their inaugural Homecoming festival in Cincinnati.

In addition to the band themselves, the fest will enjoy performances from Father John Misty, Feist, Future Islands, Julien Baker, Alvvays, Moses Sumney and Lord Huron, with others to be announced later.

As we previously mentioned, the festival, which is being presented in partnership with MusicNOW, will be held April 28-29 at Cincinnati's Smale Park in addition to venues throughout the city.

The festival is expected to include two main stages featuring 20 artists, with The National performing "two completely different shows over two evenings."

See the initial lineup below. 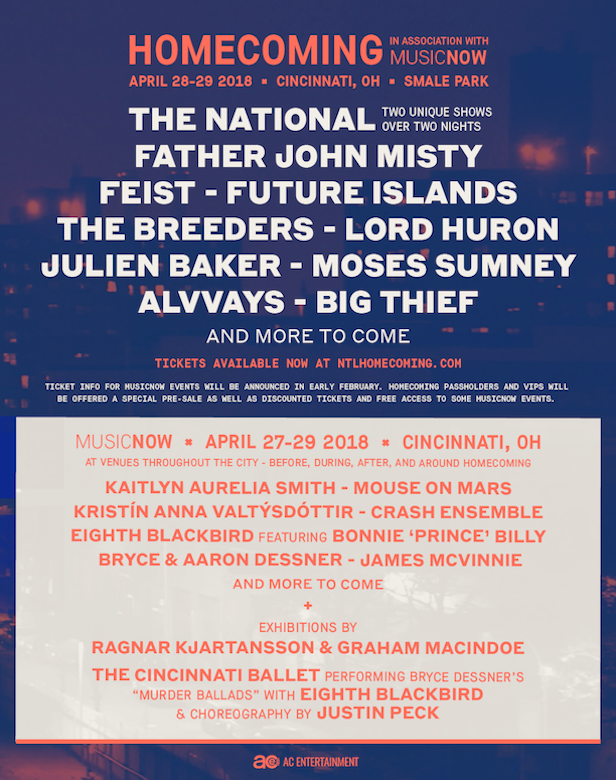