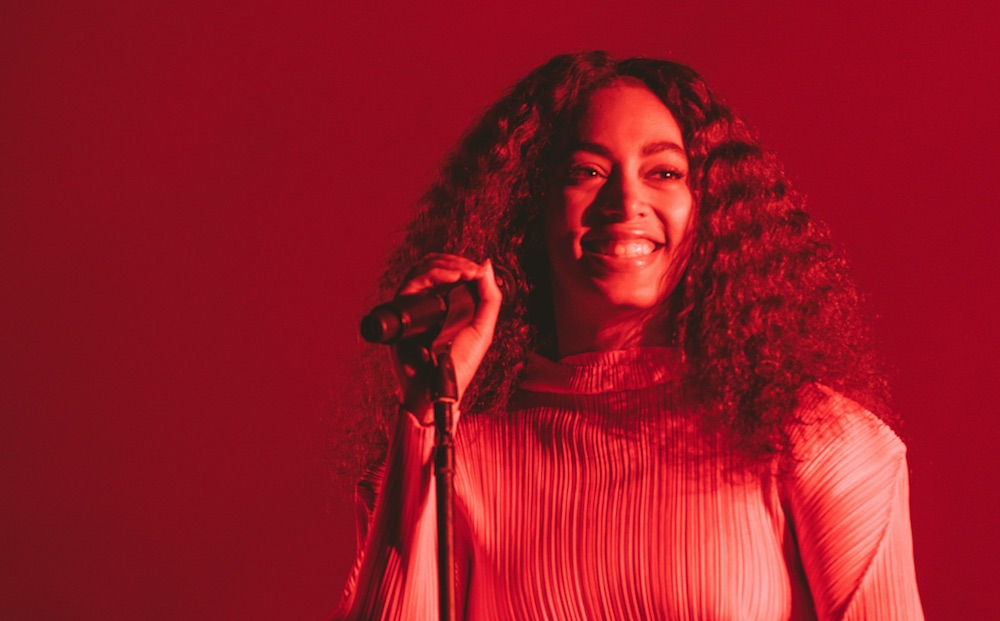 Photo of Solange performing at Day for Night 2017, by Roger Ho
—

Now in its third year, Day for Night festival came out swinging this year with one of the most unique North American lineups, boasting performances from the likes of Radiohead's Thom Yorke, Nine Inch Nails, Solange, James Blake and St. Vincent.

Behind perhaps only FYF Fest in Los Angeles, Day for Night really stood out this year amongst the seemingly endless number of U.S. music festivals all vying for fans' limited attention spans and dollars.

After Hurricane Harvey left much of Houston underwater back in August, it was unclear if the young music and art event would in fact come together, as the city's resources were stretched and many residents and businesses focused on recovery. Fast forward to December and the city has powered through, with Day for Night serving as one final beacon before this wild year comes to a close.

Like the Houston Astros' glorious World Series win last month, Day for Night's success allows the city, which is still very much recovering from $200 billion in damage from Harvey, to enjoy a moment of victory in contrast with countless losses. And with Justice, Pussy Riot, Perfume Genius, Chelsea Manning and Tyler, the Creator all sharing the bill, it was nothing short of a win. 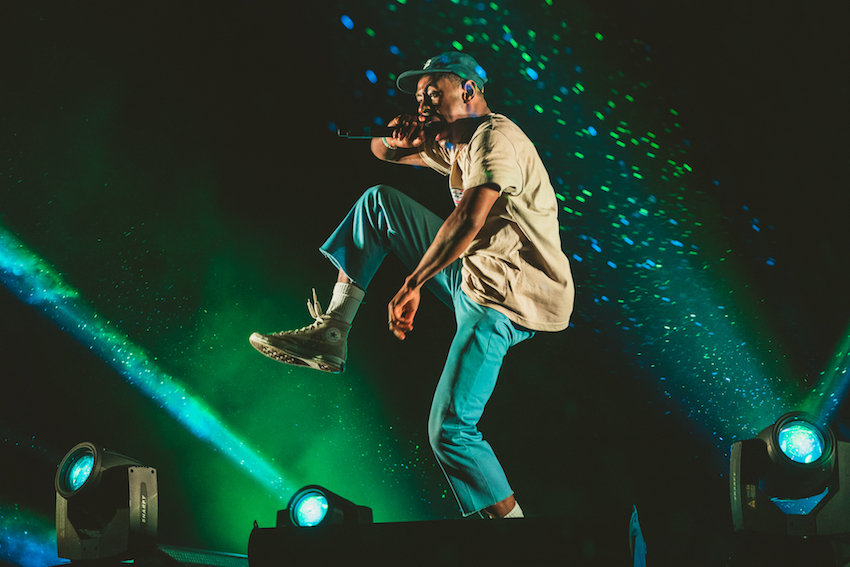 Photo of Tyler, the Creator performing at Day for Night 2017, by Roger Ho 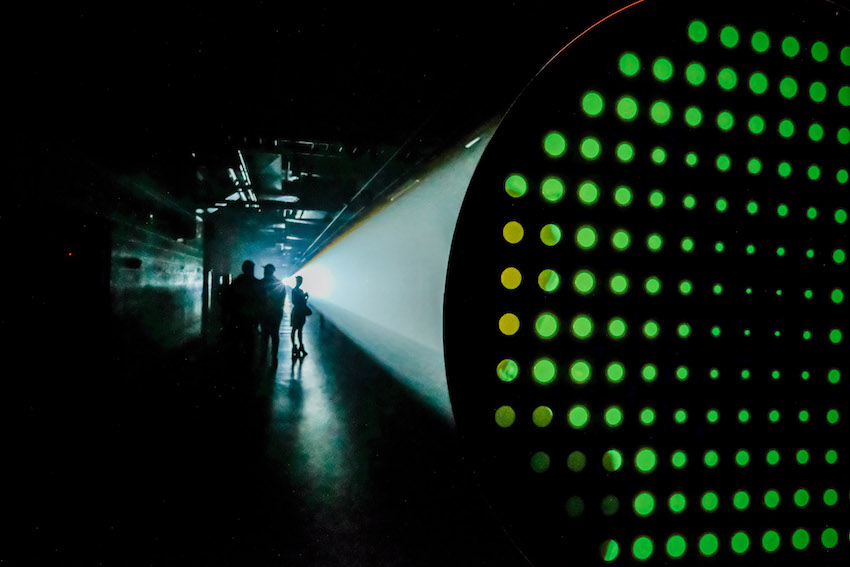 Photo of Day for Night 2017, by Tojo Andrianarivo 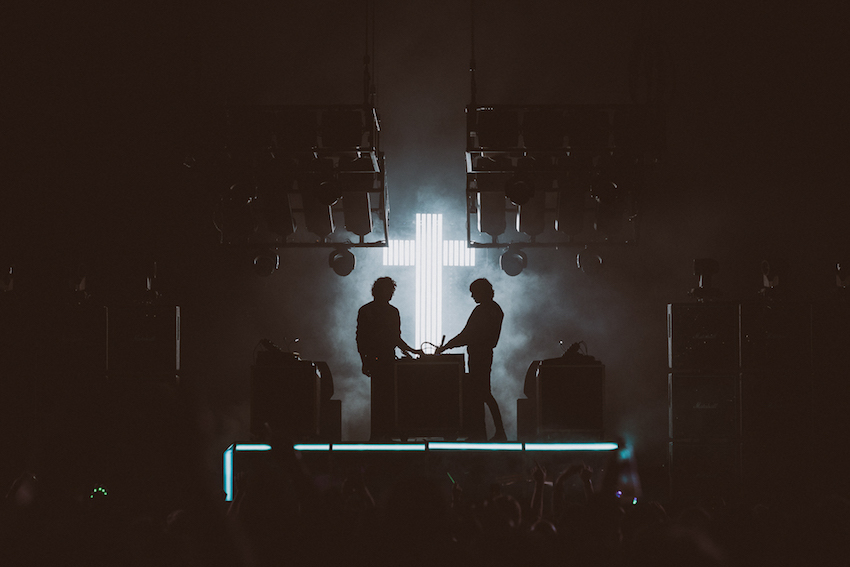 Photo of Justice performing at Day for Night 2017, by Julian Bajsel 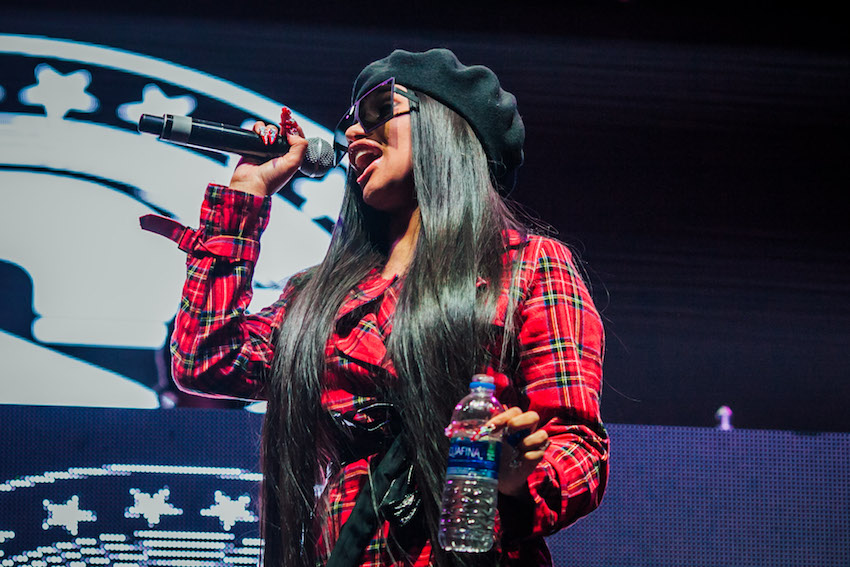 Photo of Cardi B performing at Day for Night 2017, by Tojo Andrianarivo

Despite the impressive roster of acts and vivid art exhibits, Day for Night was not without its flaws—some out of its control but several that weren't. First off, it rained on Saturday, forcing festival organizers to adjust the performance schedule to allow each act time to perform, with Tyler and Nine Inch Nails among those affected.

Somewhat related, the fest also suffered from a communication issue, releasing an app (as most fests do nowadays), but launching it after the start of the festival and otherwise not having proper channels to relay important information such as set time changes or overall delays—like the delayed opening on Friday, the first day. Stage setup is also something Day for Night is clearly still sorting out.

But none of the cons outweigh the distinct pros—an eclectic lineup, a number of massive art installations, mind-blowing visuals, political discussion panels and a young, forward-thinking festival somehow carving out a space for itself among the Coachellas and Lollapaloozas of the world, making clear it can play with those giants.

Sure, it's ambitious. And the festival landscape is extremely saturated, but in its short run, Day for Night has proven it can thrive if given the chance.

See photos from Day for Night 2017 below, by Tojo Andrianarivo unless otherwise noted.

AIRPORTS’ fresh, funny new video for 'LOSER' is sure to put a smile on your face

Tessa Kaye drops whimsical, sassy 'You Know Who You Are and I Hate You'