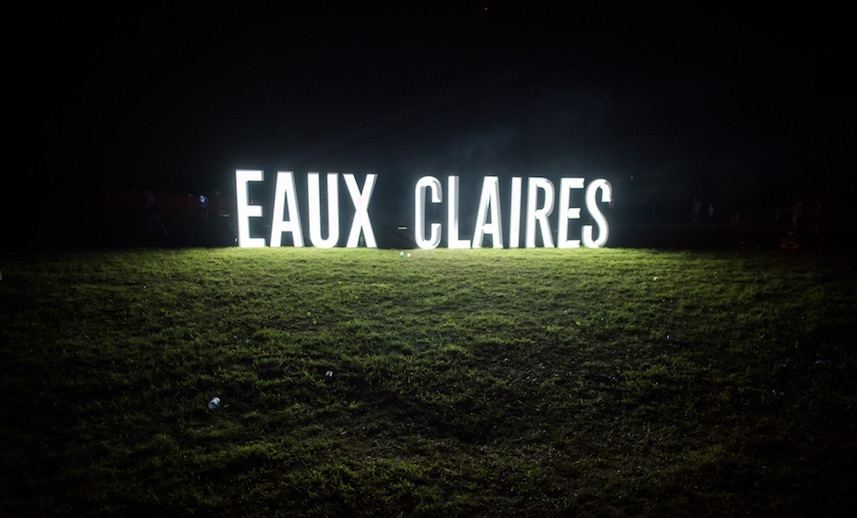 Eaux Claires Music & Arts Festival has confirmed its 2018 dates, moving from its usual mid-June perch to July 6-7, the weekend after Independence Day, once again held in Eau Claire, Wisconsin.

Orgnaized by Bon Iver's Justin Vernon and National's Aaron Dessner, Eaux Claires announced its 2017 schedule in early February. But it appears they may not resort to a formal lineup announcement for next year's event.

In a social media post on Thursday, organizers shared an image of an Eaux Claires poster with the lineup marked out. "Eaux Claires was never meant to be fully understood or easily delineated," they wrote. "We know we can light up the marquee with certain names and that will precipitate solid mathematics ... We’re excited about the names. But we’re gonna drib and drab it out."

Adding to the lineup mystery, the festival on Wednesday added 30-minute music mix to its website, with Moses Sumney, Phil Cook, Pussy Riot, Kevin Morby, Ho99o9 and others among the artists featured. It also includes what appears to be an unreleased Vernon or Bon Iver track.

Stay tuned for more in the future.

IV. Eaux Claires was never meant to be fully understood or easily delineated. We know it has a spirit; we know it has a feel. We know we can light up the marquee with certain names and that will precipitate solid mathematics. (1/3) pic.twitter.com/33QoW5Wr8Y