The xx Is Being Treated Very Unfairly by Mainstream Music Festivals 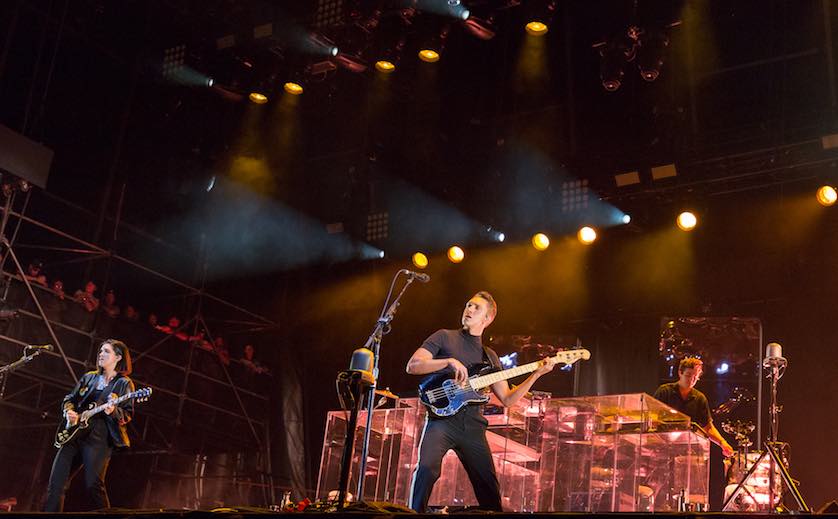 Photo of The xx performing at Lollapalooza 2017, by Dan DeSlover
—

Austin City Limits Music Festival revealed its daily schedule this week, and once again, The xx has a uniquely unsavory time slot, opposite Jay-Z on Friday night of both weekends of the October festival.

As we previously mentioned, the British trio was also treated very unfairly (to borrow the words of a certain unpopular White House occupant) at fellow mainstream music festival Lollapalooza earlier this month, playing a main stage and technically headlining, but at the same as Chance the Rapper's massive homecoming set, which attracted one of the largest crowds in Lolla history.

Unlike Chance, Jay won't be performing for a hometown crowd at ACL, but it's one of only three U.S. shows on his schedule right now, including Meadows in New York and his own Made in America in Philadelphia, essentially guaranteeing an enormous crowd in Austin. It's also worth noting, his sister-in-law Solange is scheduled to perform the same night an hour before Jay, reason enough for speculation about a potential Beyoncé sighting. We love The xx, but this just not fair.

Of course, The xx is also scheduled to play at Life Is Beautiful Festival, which isn't owned by C3/Live Nation (like ACL and Lolla). The Vegas fest, which is held at the end of September, has yet to announce its detailed daily schedule, but Chance is playing on a different day, so the band is in the clear on that one.

That's not to say The xx doesn't draw a crowd, because they certainly can and do. And they put on an incredible, entrancing show, which makes it that much more disappointing when they're—likely completely by coincidence—sharing a time slot with such a buzzworthy headliner.

Luckily for The xx, they'll always have Bonnaroo, where they performed back in June up against a handful of lesser known acts. Their Life Is Beautiful appearance will also mark the beginning of a new round of North American tour dates, in which they won't have to compete against other acts or worry about surprise A-listers showing up a few hundred feet away.