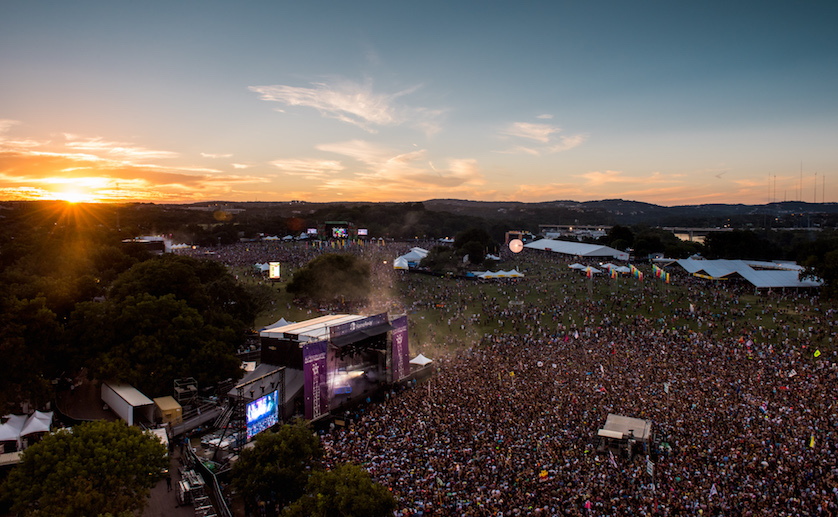 The lineup for this year's two-weekend installment of Austin City Limits Music Festival will be announced on Thursday, organizers have confirmed.

As in past years and like its sister fest Lollapalooza, the roster will be revealed bright and early at 6 a.m. CST. Three-day passes will also go on sale the same day at 10 a.m.

As for this year's performers, some of the rumored acts include The Killers, Lorde, Arcade Fire, Migos, Ryan Adams, The xx, Big Sean, Foster the People and Glass Animals, all of whom have tour openings and are playing Lolla. Of those, The Killers and Arcade Fire are likely the only uncertainties, as it's possible one might perform but not both.

Chance the Rapper, who played ACL in 2015, is up in the air because he's performing Austin's JMBLYA next month, but he's also headlining literally every other North American festival this year—including Lolla, which traditionally shares at least two headliners with ACL.

Gorillaz, which is also headlining a number of fests, has both weekends of ACL potentially open. Paul McCartney had also been rumored as a wild card, but he has since announced new Brazil shows during ACL, ruling him out. But it's worth noting, because of its placement later in the calendar, ACL has had a tendency to pull out some left-field choices to distinguish itself from the many summer festivals.