After an unfortunate two-year hiatus, Coachella is trying to make a comeback this year. And that starts with tonight's announcement of its 2022 lineup.

Coming slightly later than usual, the lineup's Wednesday night reveal follows some apparent last-minute deal-making to lock down this year's headliners, after Travis Scott was reportedly dropped from the roster due to the ongoing controversy surrounding his own Astroworld festival, and Rage Against the Machine supposedly withdrew. Now, promoter Goldenvoice has confirmed this year's fest will be headlined by Billie Eilish, Ye (fka Kanye West), Swedish House Mafia and Harry Styles.

Meanwhile, Frank Ocean, who along with Rage and Scott was expected to headline back in 2020 before Covid canceled the event, is expected to be a part of the 2023 lineup instead.

Today's news comes as expectations are notably big for Coachella, coming off two years scrapped because of the pandemic, while announcing a lineup in the middle of a massive surge of coronavirus cases, with the U.S. averaging 760,000 new daily cases including several days above 1 million, peaks which had not been reached even during last year's surge or the initial swell of Covid back in 2020.

Of course, Coachella is certainly hoping for sunnier days ahead in time for the fest which is set for April 15-17 and April 22-24 at the Empire Polo Grounds in Indio, California.

See the full lineup below, in alphabetical order. 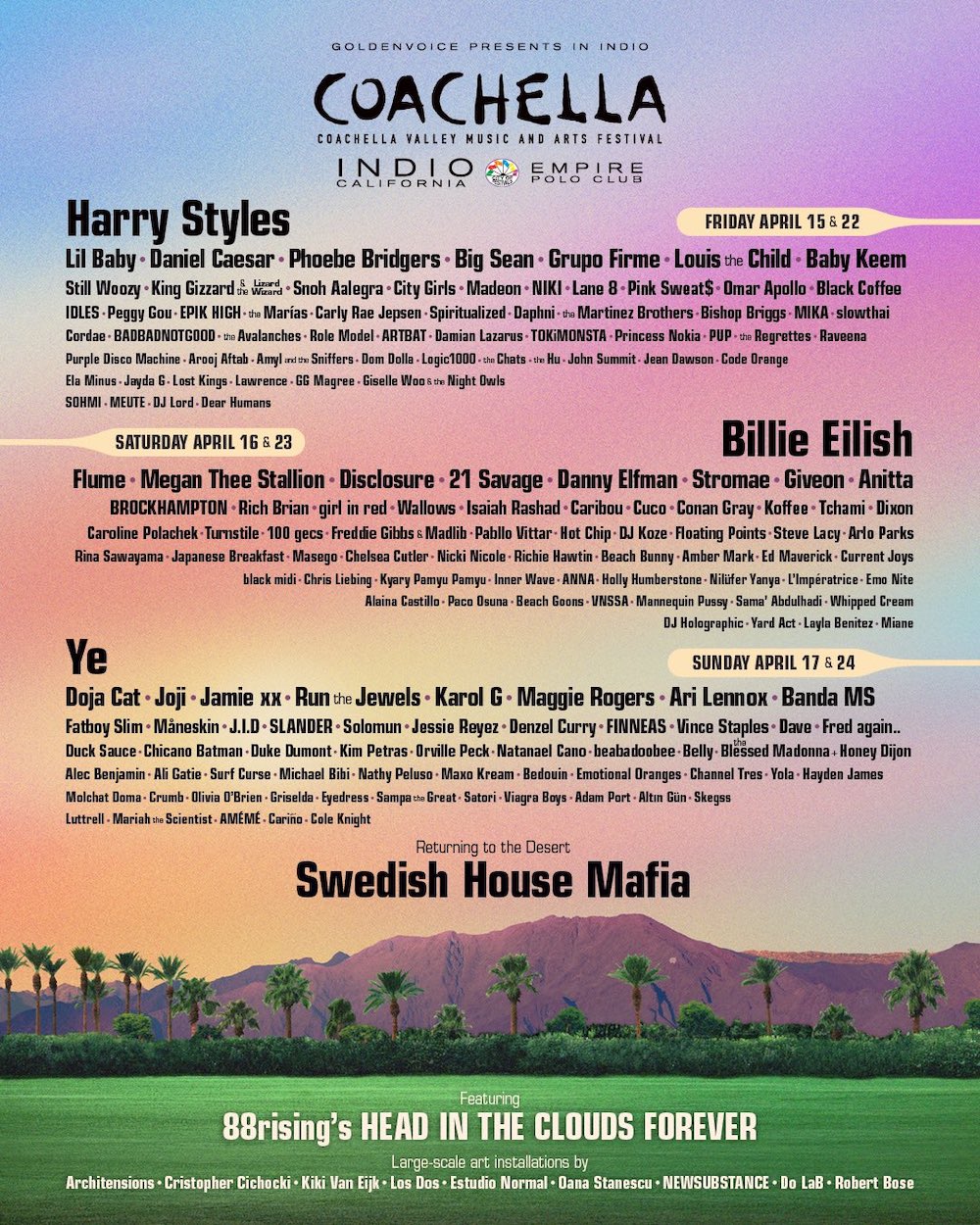